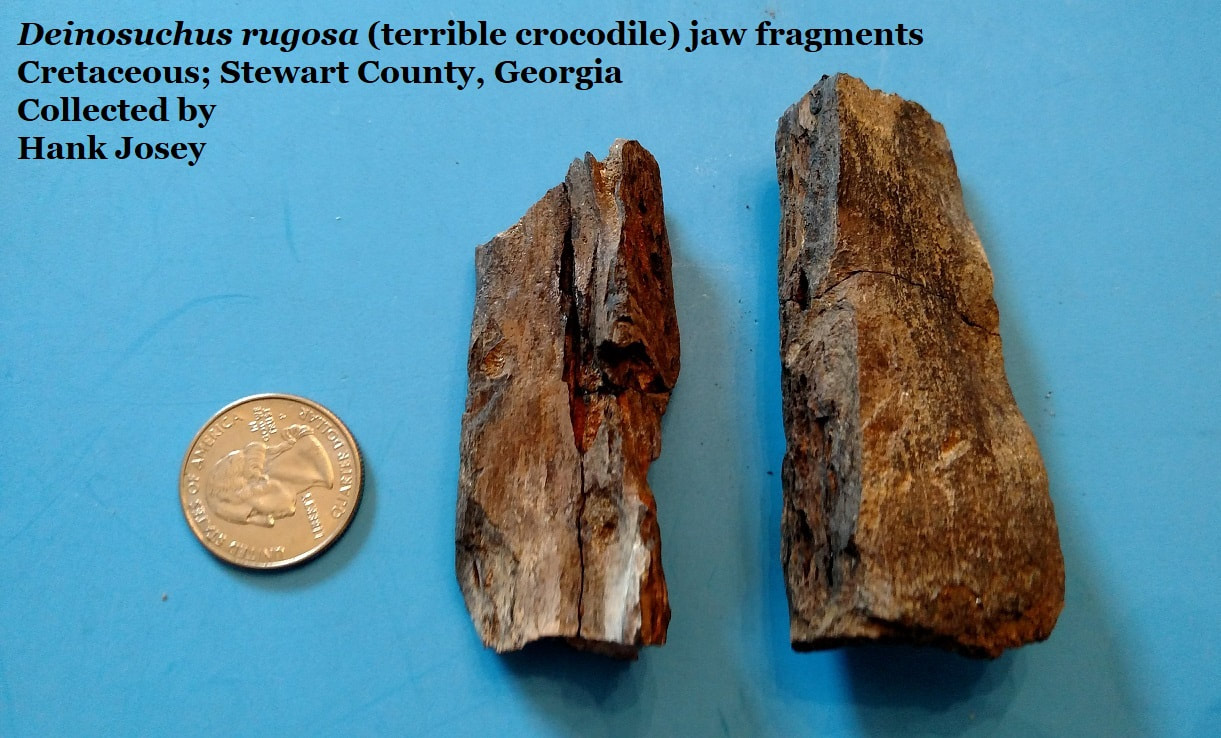 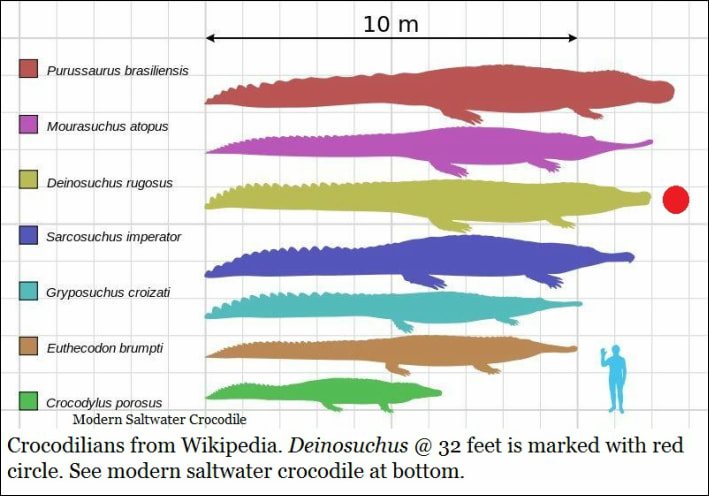 An extinct genus related to the alligator Deinosuchus was very similar in appearance, though larger; much larger.

​Populations are known from both the east and west coast of the Western Interior Seaway. The western individuals tend to be larger but populations seem to have been lower, fewer specimens are found. Those found on the eastern coast of the Western Interior Seaway tended to be smaller individuals, but populations are higher and Georgia produces the greatest number of fossils. The current opinion is that these animals inhabited brackish waters in bays. 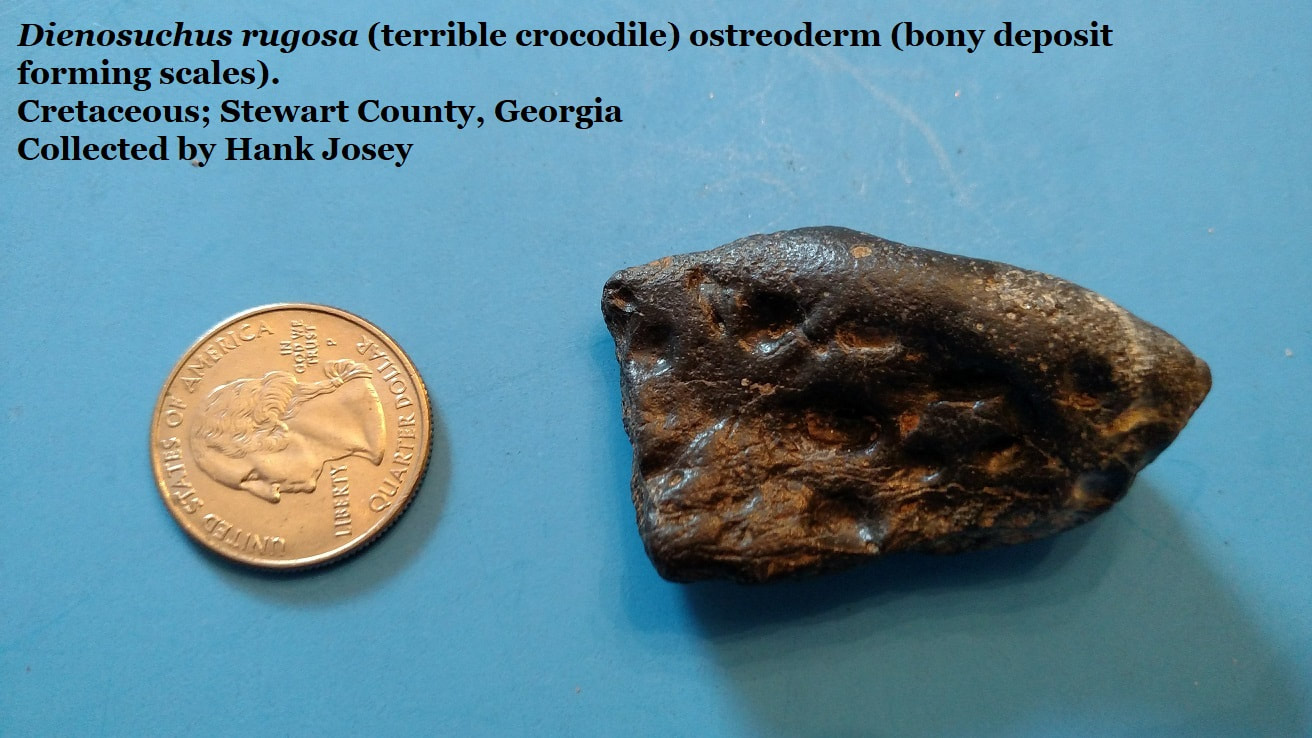