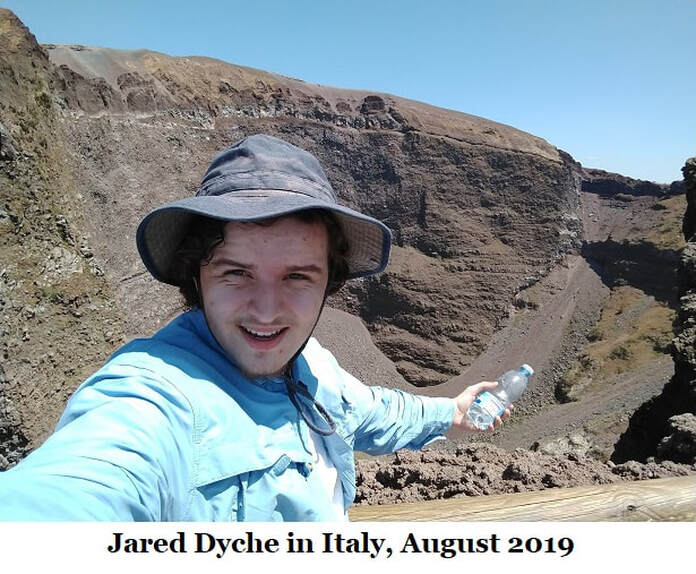 At 18 years Jared Dyche is not only an experienced amateur field paleontologist, but he’s again a freshman just getting started at Georgia College in Milledgeville. He intends to study biology and geology; Jared is going to be a paleontologist.
​ 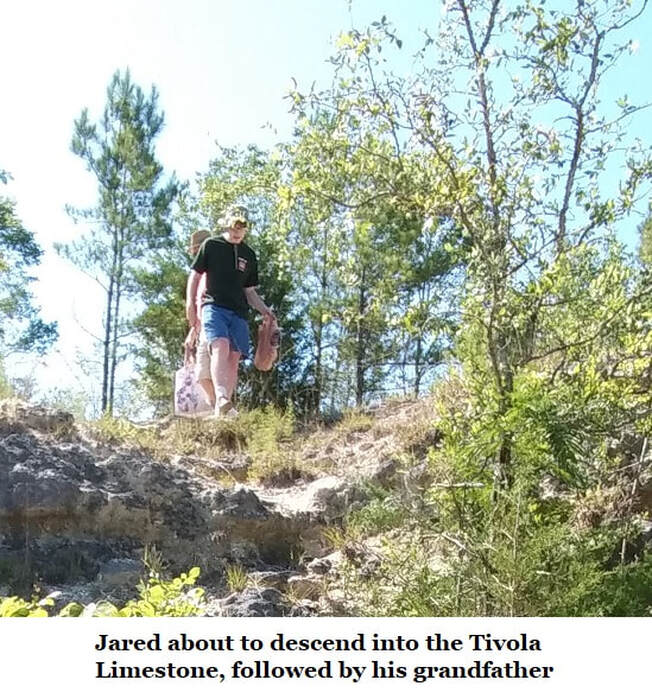 He’ll tell you this journey began in the 3rd grade. The teacher showed a rather generic Power Point over paleontology, and while young Jared was of course aware of dinosaurs he hadn’t yet considered how they became preserved. That morning Jared saw the process of preservation illustrated and he was hooked. The rest of the class went on to recess, Jared asked the teacher for more information, and the teacher pointed to a huge 1000-page fossil book on her shelf. While the other kids played outside Jared consumed that vast tome.
​ 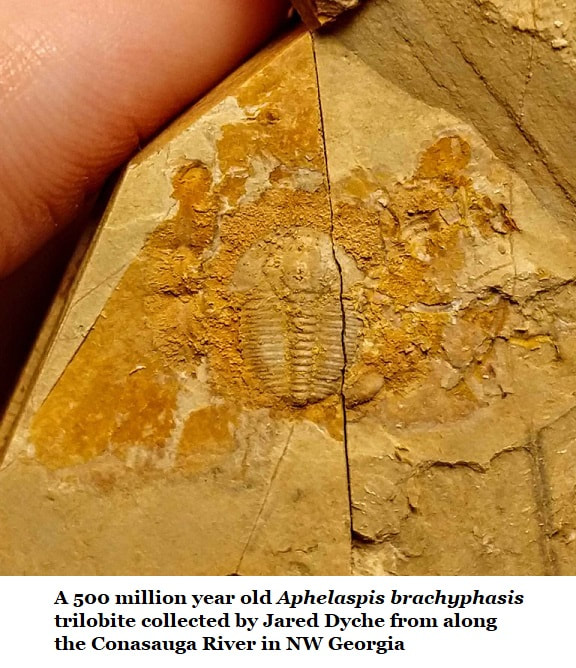 He remembers visiting a fossil store soon afterwards and buying his first fossil, two polished halves of an ammonite; years later he still has one of them.
​ 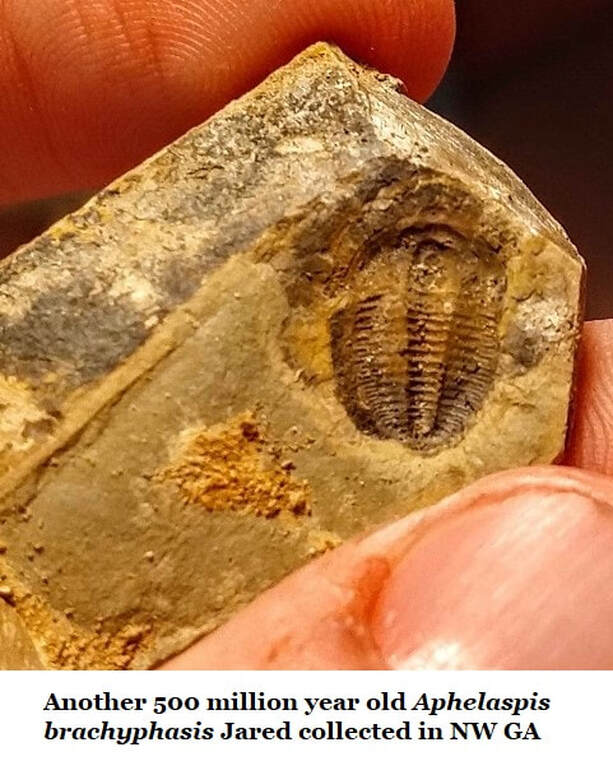 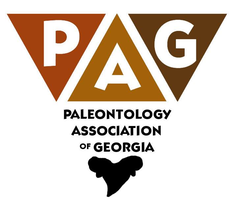 He’s also an active member of the Paleontological Association of Georgia participating in all the digs he can attaend.
​​ 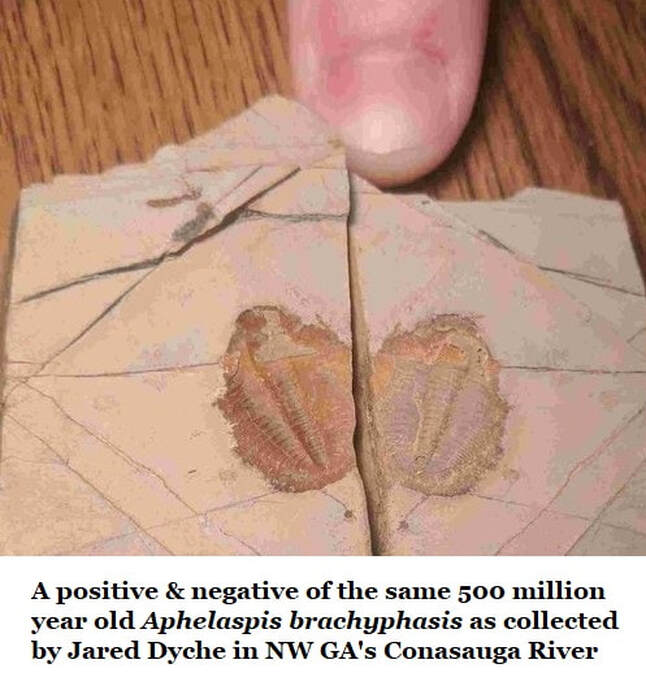 Trilobites are a favorite fossil and research topic; he’s visited the Conasauga River collecting site at least 8 times and posts regularly on Fossil Forum. He’s also collected in Dalton, GA, in the Sandersville’s Limestone, in South Carolina and in Houston County with the author (Thomas Thurman) in the Late Eocene’s Tivola Limestone.
​ 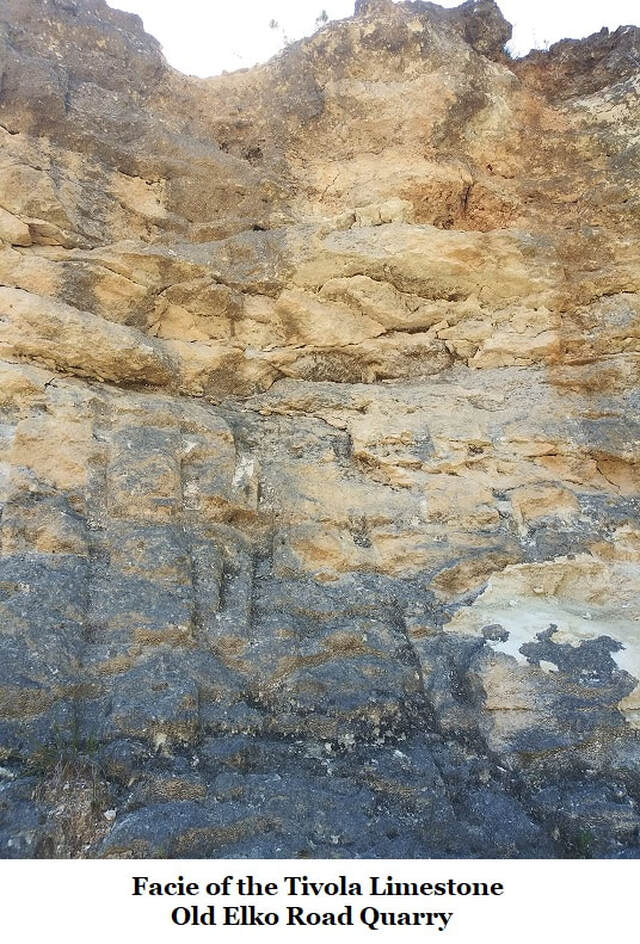 Jared is persistent. A good thing for a scientist.

While we were in the Tivola Limestone on 15/June/2019 I noticed a small, fingernail sized bivalve I didn't remember seeing before after many visits to the formation.

Where some formations are intimate, requiring very personal, up close inspections to find fossils, the Tivola is overwhelming and fossils are everywhere. Pick up any random piece and you can count hundreds of tiny fragmentary bryozoans and numerous other fossils. So in the Tivola it quickly becomes a hunt for complete or unusual specimens. 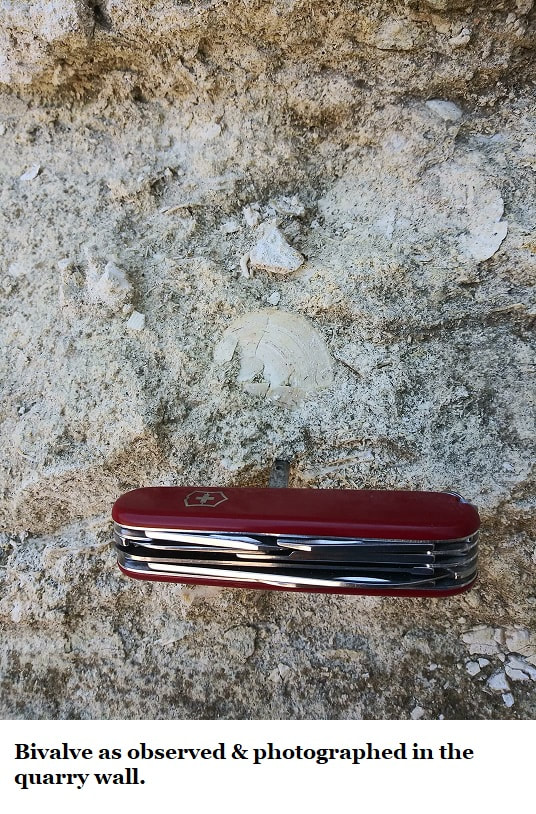 I looked at the bivalve, and decided the likelihood of recovering whole it was slim, so I took some detailed pics, called Jared's attention to it and moved on.

Ten minutes later Jared handed me the fossil. He'd cut it out perfectly. I was impressed. 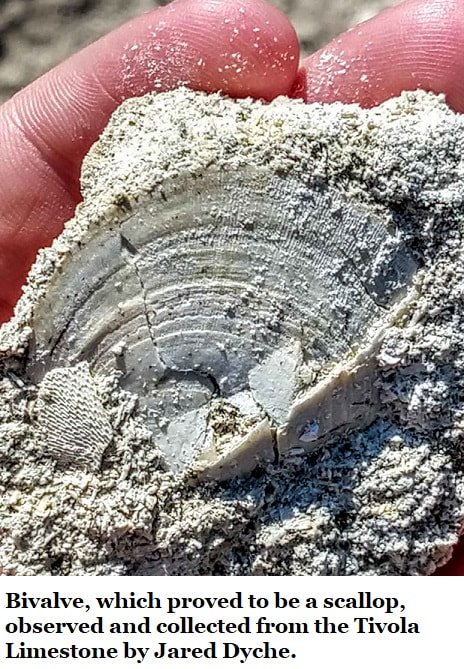 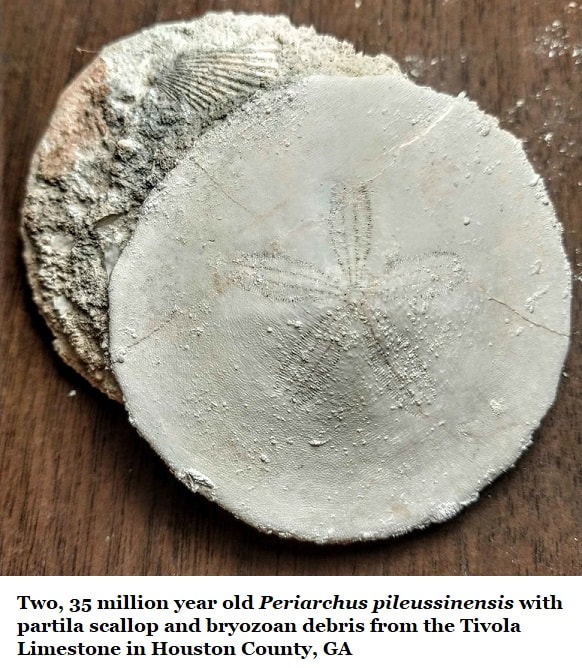 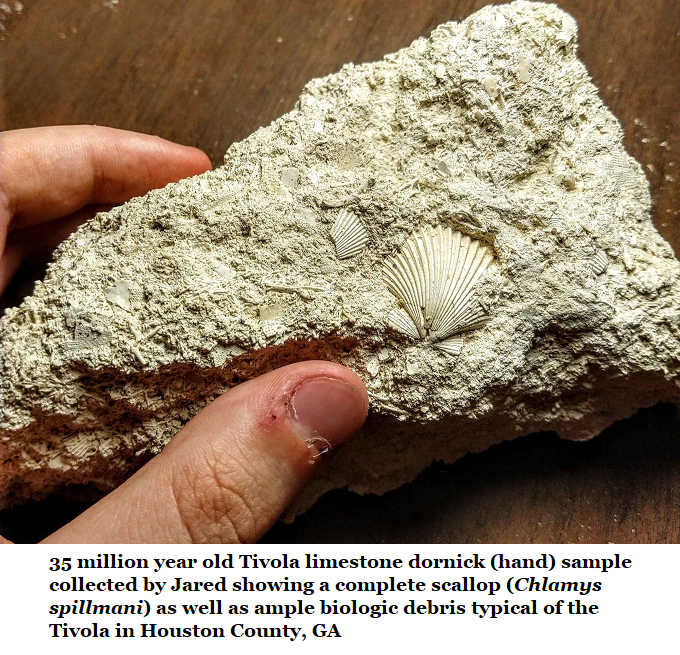