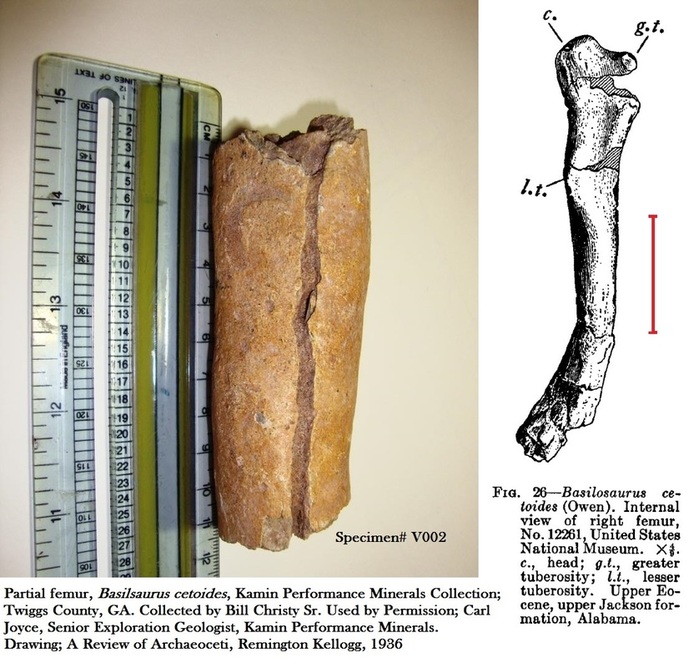 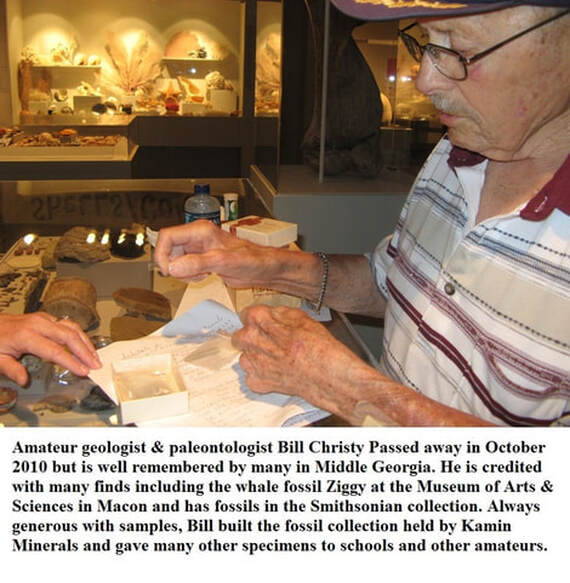 ​The following Eocene fossils were collected, identified, prepared, and assembled by amateur geologist/paleontologist William (Bill) A. Christy Sr. from Twiggs County’s, J. M. Huber Corporation  kaolin mines during the 1960s, 1970s  and 1980s. Bill Christy passed away in October of 2010; he is fondly remembered for his knowledge and many efforts towards earth science education.

Now under the ownership of Kamin Performance Minerals this collection was reviewed and re-assembled in 2014 by amateur paleontologist Thomas Thurman; as per request by Kamin Senior Geologist Carl Joyce. (Thanks Carl, I enjoyed this.) I have re-used all of Bill Christy’s original boxes and preserved as many of his ID tags as possible.

The author has attempted to identify the source formations for these fossils as they have all been reassigned since their original collection. My best guesses are marked with (?).

These specimens were collected before insurance regulations curtailed access to the mines.