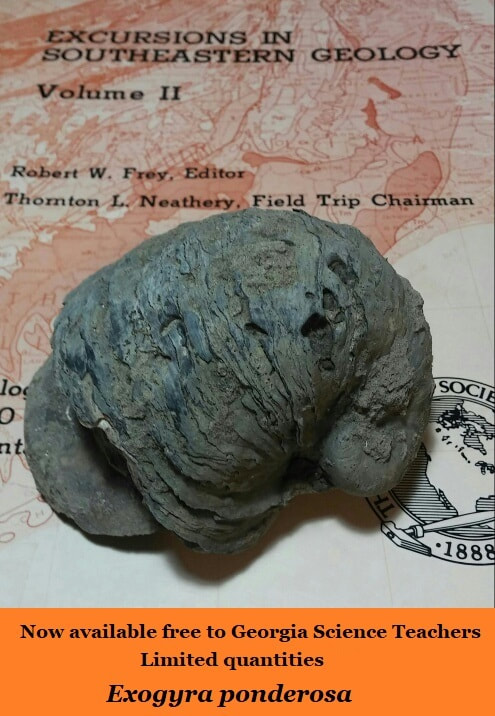 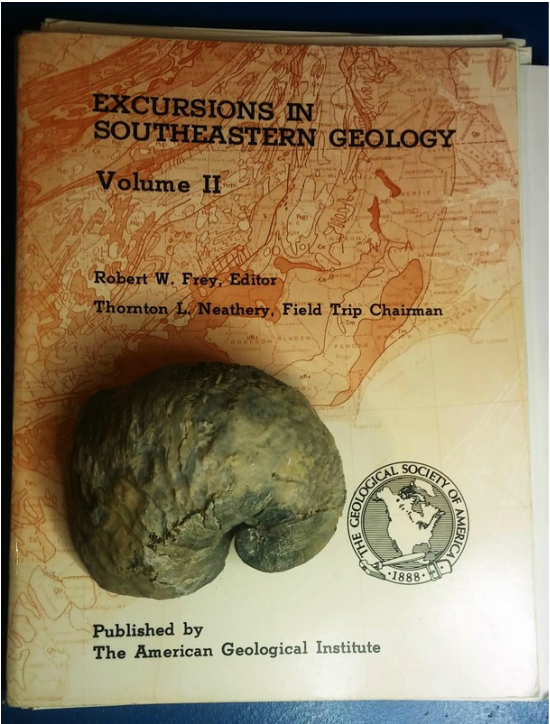 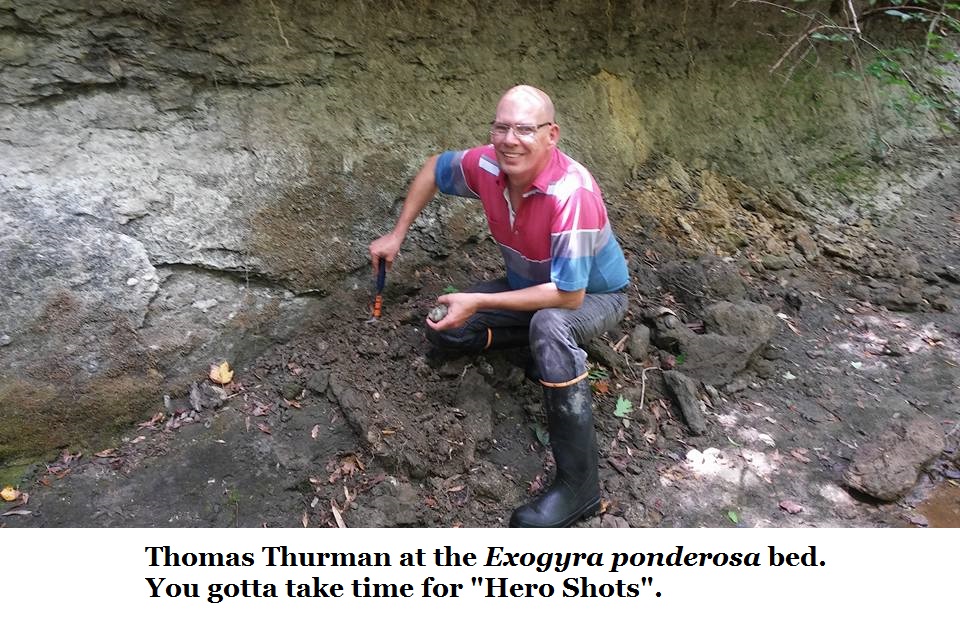 They are specifically for classroom use. They will be available free to Georgia Science Teachers while supplies last.
This isn't just about paleontology; but Earth Science. As tools in the classroom they can be used to discuss; 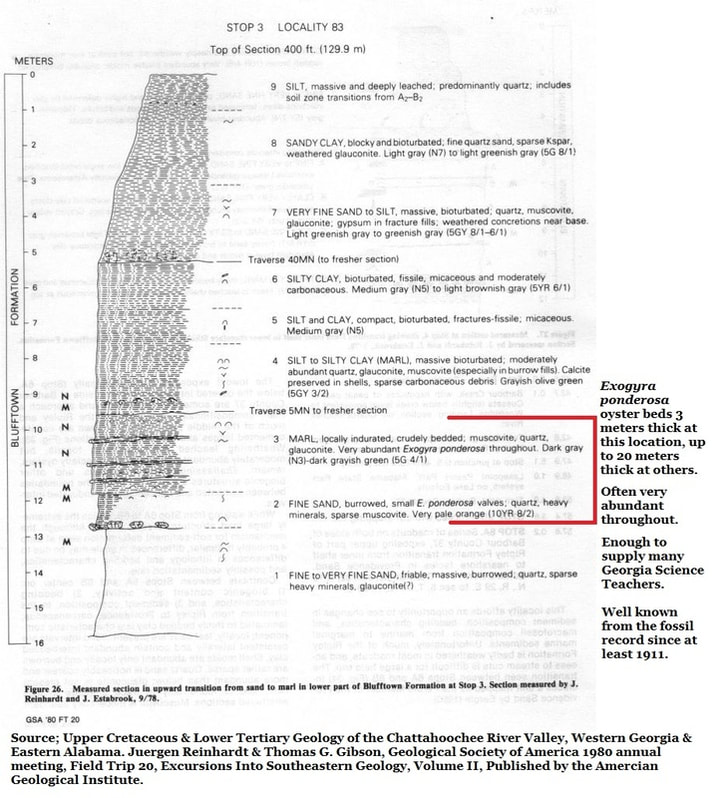 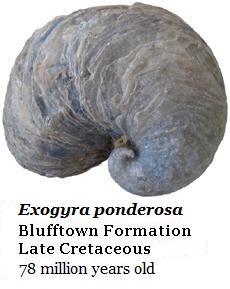 Here is the explanation sheet which accompanies every shipment.

Exogyra ponderosa
An extinct marine bivalve mollusk
Of the family, gryphaeidae.
It possesses a horn shaped upper shell
and a flat or concave lower shell.

Exogyra ponderosa lived while while the Earth was much warmer and sea levels were high. Beaches stood on or north of the modern Fall Line. The Chattahoochee River drained into the tropical sea bringing rich nutrients.

Large turtles, huge crocodiles, many varieties of sawfish, sharks and even goblin sharks knew these waters. There were giant coelacanths, mosasaurs and plesiosaurs. Pterosaurs flew overhead; duckbilled dinosaurs (hadrosaurs) and Appalachiosaurus, a tyrannosaurid, roamed the coastlines while these oysters lived quietly in the tropical waters just off the beach.