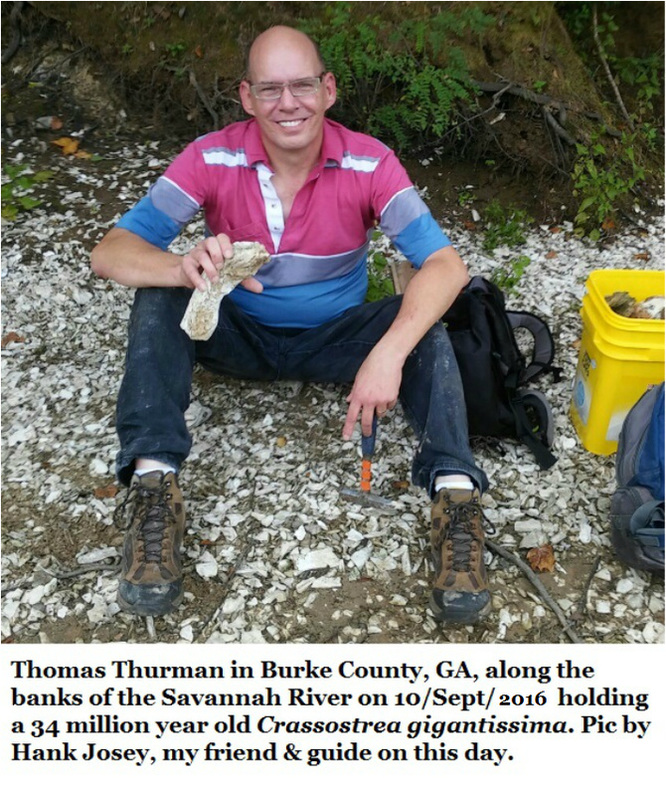 ​*NOTE*
Griffins Landing is part of
Yuchi Wildlife Management Area (WMA)
It is illegal to collect in Georgia's WMAs.
Written Permission, in hand, from the GA DNR Commissioner's Office
is required to collect in Georgia's WMAs.
﻿​​﻿​Yuchi WMA | Department Of Natural Resources Division (georgiawildlife.com)
​
Crassostrea gigantissima is extinct.
​The genus Crassostrea still exist, some of its modern members are an important food source (see Crassostrea gigas). As a member of the order Ostreoida it is a true oyster. Pearl oysters are not true oysters. The genus tends to live in the inter-tidal zone (also known as the littoral zone) which means they’re exposed during low tide living at the coastline. They do well in waters with a low nutrient supply.

​The inscription reads;
Shell Bluff on the Savannah River (15 miles northeast) has been famous since Indian days because of its outcrops of fossil shells including those of giant oysters. These lived in the Eocene sea that covered this part of Georgia some 50 million years ago. Shell Bluff has been visited and described by many famous travelers and geologists including Bartram in 1791, Vanuxem in 1828, Conrad in 1834, and Sir Charles Lyell in 1842.

The fossils they were after were Crassostrea gigantissima; formerly known as Ostrea Georgianna before the species was reassigned.
​ 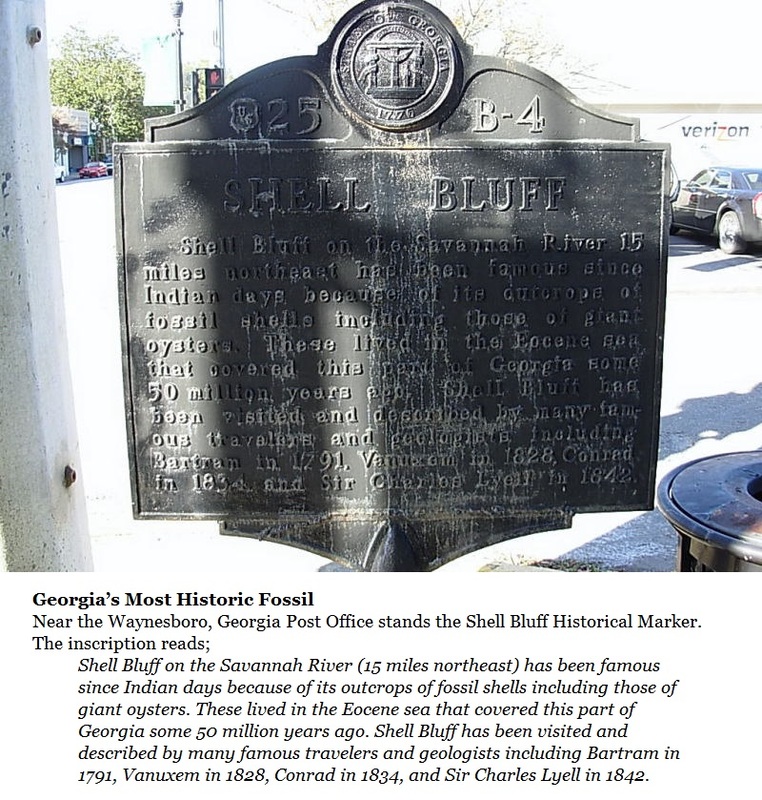 Correction to the historical marker;
The stated age of 50 million years ago is incorrect and reflects the level of understand when these markers were conceived.​
​ 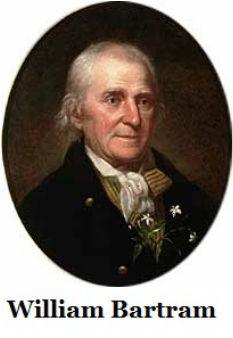 John & William Bartram visited the site in September of 1765. The historical marker is dated 1791 to reflect the publication of William Bartram’s book on his travels. Bartram described these fossils as a “curious phenomenon”. 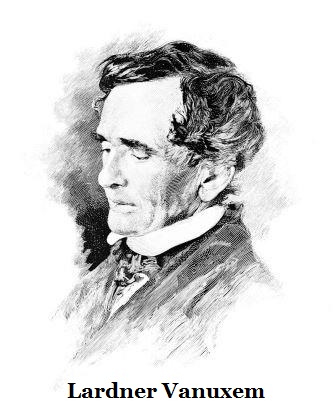 Lardner Vanuxem was an American geologist who became the chair of chemistry and mineralogy in Columbia College in South Carolina. From 1827 to 1828, he studied the geological features of the states of New York, Ohio, Kentucky, Tennessee, Georgia and Virginia, under the auspices of the state of New York. At the time of his death in 1848 Professor Vanuxem's private collection of mineral and geological specimens was considered "the largest, best arranged, and most valuable private collection in the country." 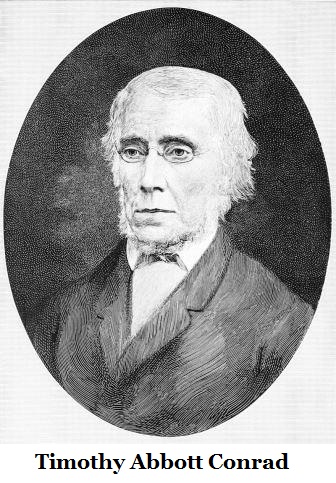 ​Timothy Abbott Conrad; investigated American paleontology and natural history, devoting himself to the study of the shells of the Tertiary and Cretaceous formations, and to existing species of mollusks. He contributed many articles to the American Journal of Science and the Journal of the Philadelphia Academy of Science catalogue of the Royal Society of England. He explored and reported on much of Georgia’s geology & paleontology. 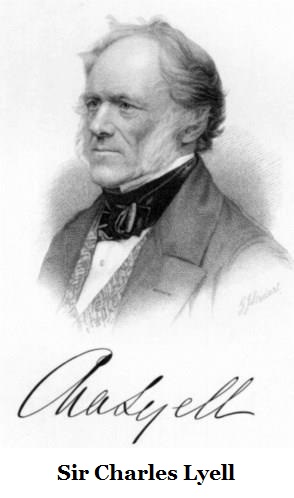 Sir Charles Lyell; the Father of Modern Geology, friend, mentor and advisor to Charles Darwin. Author of Principles in Geology (first published in 1830) which Darwin studied during his HMS Beagle journey. Darwin & Lyell met upon Darwin’s return to England. Lyell visited the USA twice and travelled Georgia in 1842. He spent three days along the Savannah River collecting and studying the beds of these oysters.