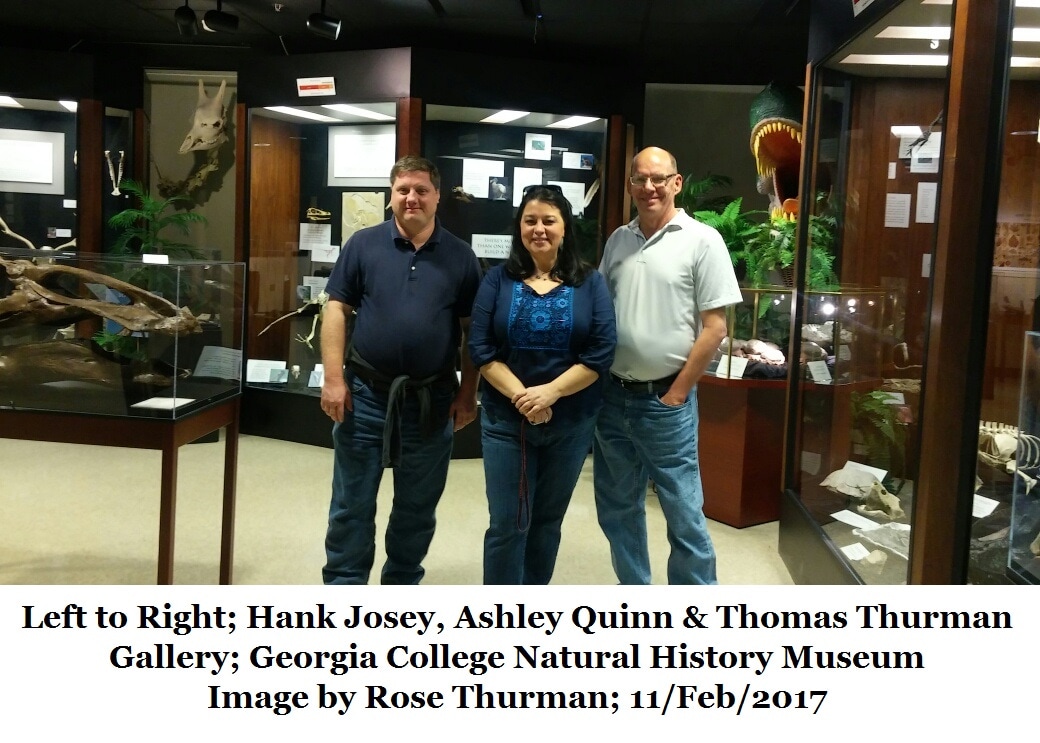 Just last February, Ashley Quinn was kind enough to give my family a tour of the Georgia College Natural History Museum; our friend, Henry (Hank) Josey, joined us. 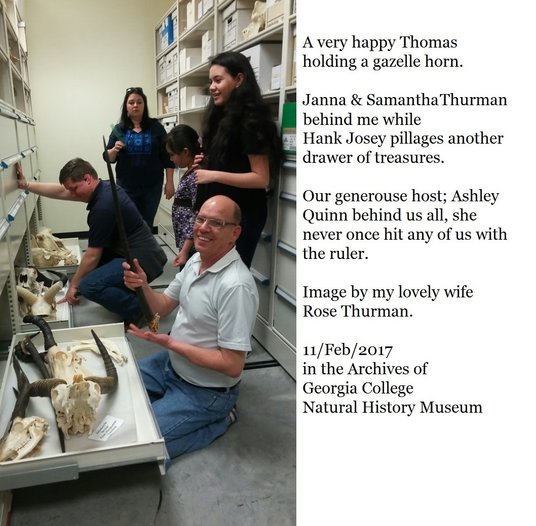 If you're a teacher needing a science field trip; contact Ashley, your students will wallow in WOW!

Ashley stands as the museum’s Natural History Collections Manager. You’ll also find her name on several pages of this website. She’s kindly advised me any number of times and I even spent a day in the field with her and Phil Manning a couple of years ago.

This museum isn’t a tourist center; but an active research institution. Visits are quiet, personal affairs. It's more like a library than a typical museum; a sacred place of history & science.

Some of the best Southeastern paleontologist, experts in their fields, made their names in the collections held in this museum. Researchers like Dr. Robert Chandler (Sections 13A, 18 & 19 of this website), Dr. Dennis Parmley (Sections 13A, 13B, 13D & 19), and Dr. Al Mead (Section 13A & 19) all helped establish Georgia College’s Natural History Museum. The specimens they collected and described, in numerous papers, all rest in the collection Ashley manages.

Visiting
The museum is open to the public
& admission is free. (I love the words Free Admission!)
Monday through Friday; 8:00 am to 4:00 pm.

Location; Milledgeville, GA:
Museum and planetarium are located on the first floor of Herty Hall, on the corner of West Montgomery and North Wilkinson streets in Milledgeville, Georgia. ​You can call the museum @ Phone# 478-445-2395 ​ 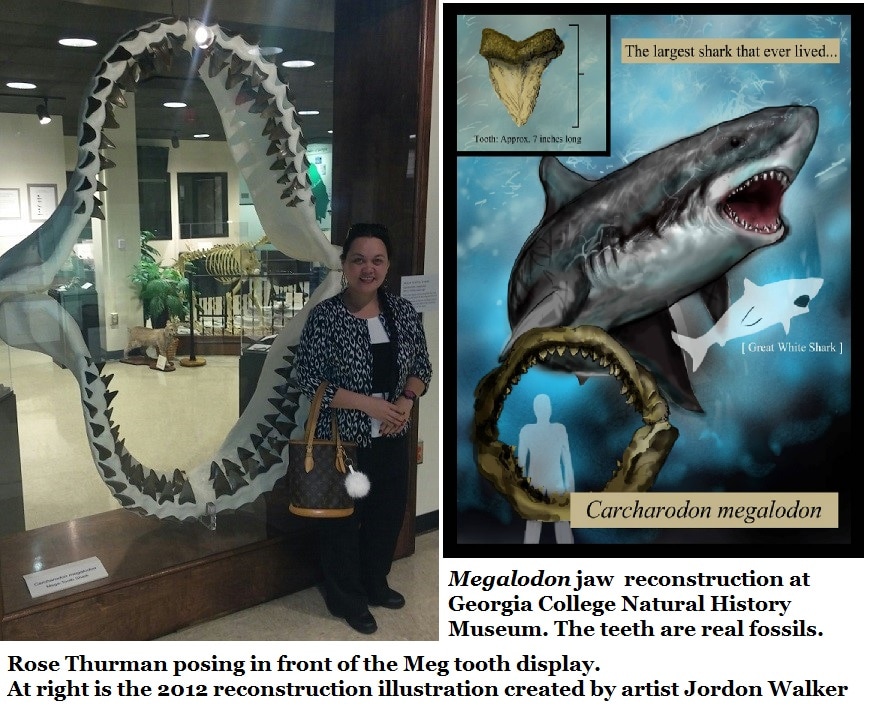 Layout
​The museum's paleontology is essentially divided into two sections; a striking, though intimate display gallery and the research archives. Additionally, there is a fossil prep room (unavailable on the day we visited) and the nearby research offices.

Unlike the soaring galleries of other museums; the Georgia College Natural History Museum is a more personal experience. All the many displays of the gallery are near at hand and can be closely inspected.

The following slide show is from the museum's gallery;​
Visiting the gallery is a treat but it’s the archives which fascinates me. Where (with Ashley’s encouragement and watchful advice) we could respectfully handle the specimens. What an office Ashley has in the archives! Just behind her work station; 550 million years’ worth of fossils rest identified, organized and classified for reference and research purposes. We handled the remains of animals which lived before evolution had invented insects, enameled teeth or leaves. The world was a very strange place.

We happily pillaged the archives;​
The museum opened in 2004 but the college began actively collecting specimens in 1983. There are specimens on hand which were originally collected during the 1800s. In 2008 the museum added a planetarium to further science education support.

Georgia hosts several fine natural history museums; but I freely admit that the facility at Georgia College is high on my personal favorite list.

In general, there are two types of such museums; both have fine galleries with dramatic displays of fossils and skeletons, but only one has research collections intended not only to educate, but advance the science.

This is mind-candy for the amateur and professional paleontologist. Dramatic displays of giant dinosaurs are great, but the science rests in the research collection.​
​
Paleontological Association of Georgia
I should mention; in late January, Ashley Quinn was elected as Interim President for the newly founded Paleontological Association of Georgia; an alliance of amateurs, educators and professional paleontologists dedicated to promoting the science of paleontology in Georgia. This is above and beyond her duties at the museum.
Ashley is very active in earth science & earth science education.
​
Thanks again Ashley for the tour, it was a great morning! 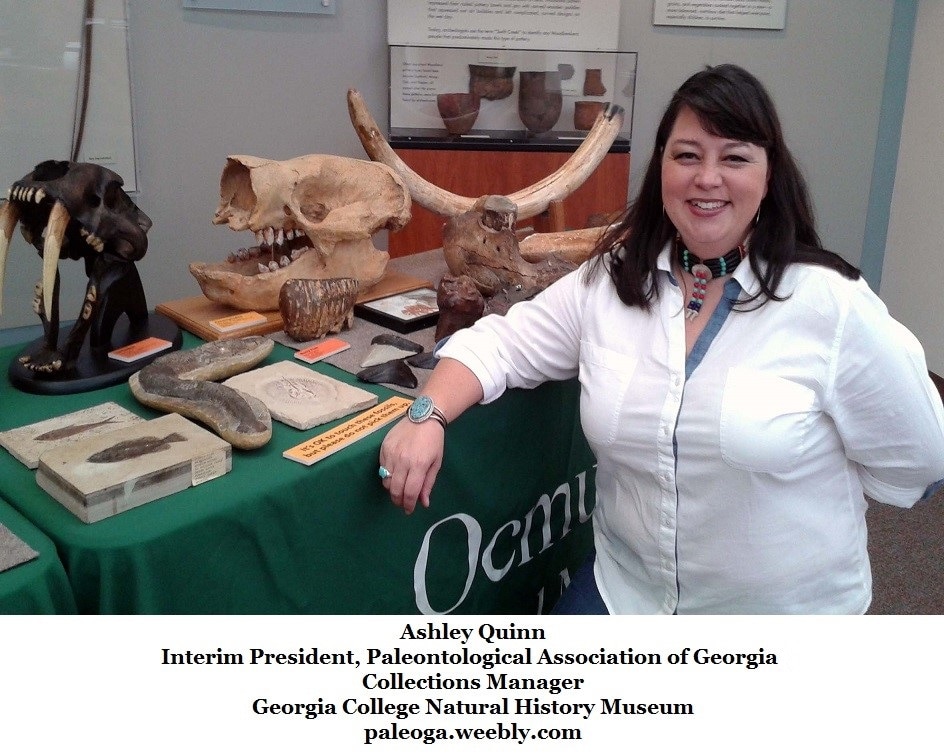