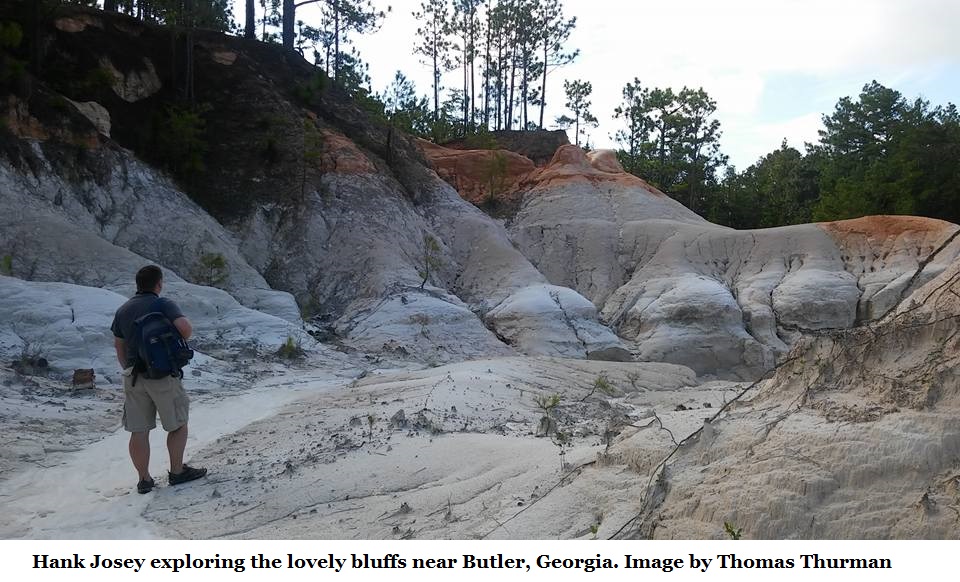 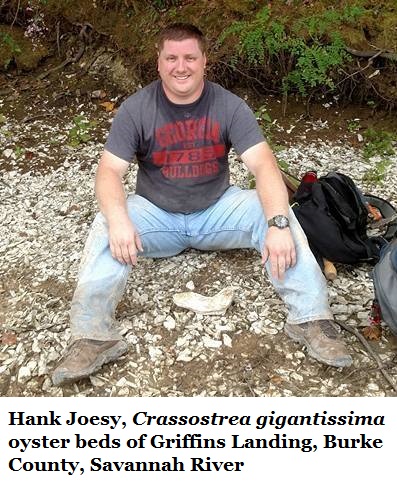 Hank Josey is seemingly immune to the punishing Georgia summers. Even in 95 degree heat, beneath a roasting sun and long after I’ve retreated to the car’s shade, he’s still cutting fossils from the rock.

It’s a pleasure to work in the field with an experienced, tenacious and knowledgeable enthusiast. Mid-afternoon on a late summer day in Georgia is not the prime collecting time. But when will we pass this way again? So here we were working a Stewart County road cut beneath a broiling sun.

I’d retreated to the shade of the 4runner for Gatorade. Hank just kept cutting cretaceous treasures from the rock.

Hank lives in Dublin, Georgia; he’s pharmacist at the US Department of Veterans Affairs and holds a Doctor of Pharmacy degree. He’s an avid outdoorsman and hunter with an endless, abiding passion for all fossils. This passion began in his youth and continues today. In his mid-thirties he endures the heat far better than this 54 year old.

Well-read in Georgia’s paleontological literature Hank has smarts and skills. He maintains a large, diverse fossil collection and is deeply knowledgeable; he’s visited a far greater diversity of sites across Georgia than I have. He’s collected more fossil than I. Hank knows all too well that the science is in the field and that’s where the discoveries are. 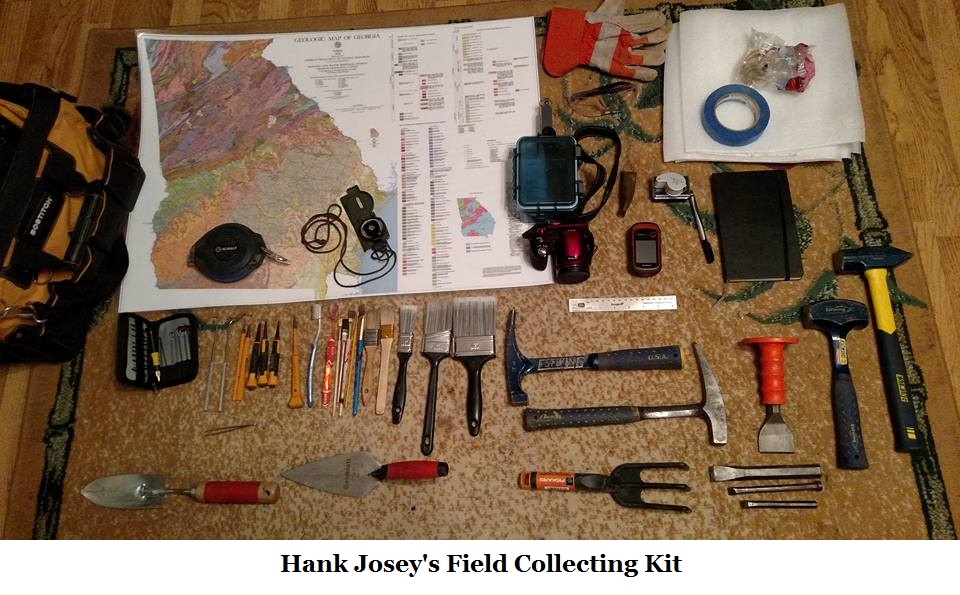 This isn't a natural island but a dredging dump which has been in used for several years, probably decades. The island is only accessible by boat.

Savannah Harbor and the waterways reaching have to be dredged from time to time to allow the passage of ships. This has been going on since at least 1839.

The removed material has produced many new finds; see Section 22 of this website.

Neither Hank nor myself are aware of any recent systematic research on the Shark Tooth Island dredge material. Such should probably be done. The problem is repeated sea level change and the Savannah River make Coastal Georgia Sediments complex enough before you start dredging. Miocene, Pliocene & Pleistocene materials are all abundant; on Shark's Tooth Island they're all mixed.

This complicates things. Still, Hank has found some interesting specimens there.
Just this month (Sept. 2016) consensus was found over a lone tooth Hank discovered on known as Shark Tooth Island.

The tooth is impossible to date by stratigraphy.

One researcher identified it as a gar tooth (Lepisosteus sp.) while Richard Hulbert at the Florida Museum of Natural History assigned it as a crocodylian (Thecachampsa). David Schwimmer at Columbus State college confirms the crocodylian…

In a 7/Sept/2016 email David Schwimmer explained:
“I think it is a small crocodylian tooth. I wouldn't be able to guess the genus since many have the same makeup in the Miocene. Gar teeth are usually straight and have a translucent tip. Also, at that size it would be Atractosteus if it were gar.” 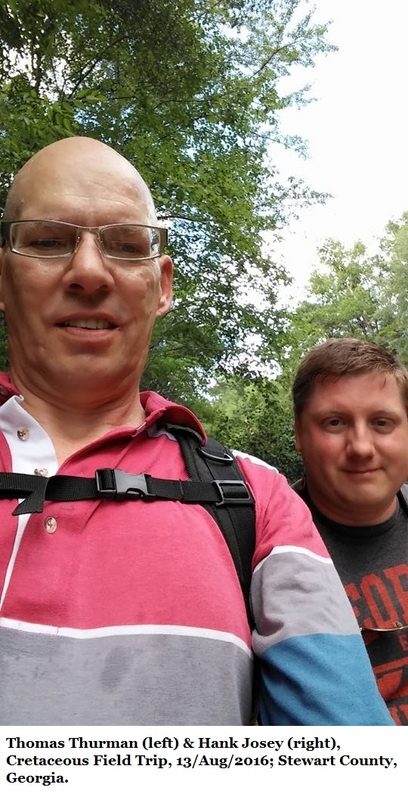 Hank has been invited to contribute his experiences to this website and I look forward to posting his wide ranging field observations.

Equally, I look forward to working more with Hank in the near future.

​There’s so much exploring left to do.