Podcast audio below; I am narrating.

The extinct village of Tivola once stood in Houston County. You can see it marked on a 1916 map by J.E. Brantley of the Georgia Geologic Survey. Its train station was the shipping point for the local quarry mining the fossil-rich Tivola Limestone. This is a 35-million-year-old deposit, famous for Periarchus sand dollars, which formed beneath a warm, fertile sea powered by the swift Suwannee Current.
​In September 1932 miners blasted a fresh exposure of limestone and as the dust settled they discovered the remains of an ancient sea monster. Serrated teeth nearly as large as your hand, skull fragments, ribs, long bones, and many mailbox-sized vertebrae. 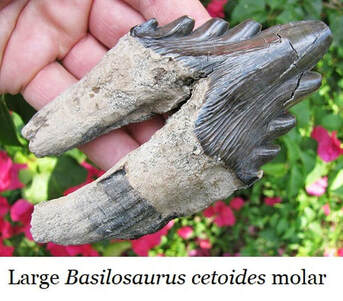 ​As reported by the contemporary Houston Home Journal and Macon Telegraph, Professor Leon Smith of Wesleyan College was called to identify the specimen and assist with removing the fossils of a single, articulated, Basilosaurus cetoides. This species was the first great whale to swim Earth’s seas and reached 60 feet in length. The newspapers reported that the Professor recovered “23 sections of vertebrae, several head bones, two large partial jawbones with teeth, and a large box full of broken rib bones.” This seems to represent most of the animal’s forward skeleton.

​The papers further reported that long bones extending from the vertebra were seen in the quarry wall but were too high to reach without a ladder. A few days later Smith brought a ladder and collected those too. “He made photographs before removing them because there were likely to come to pieces.” Sadly, these pictures have not been located and may be lost. 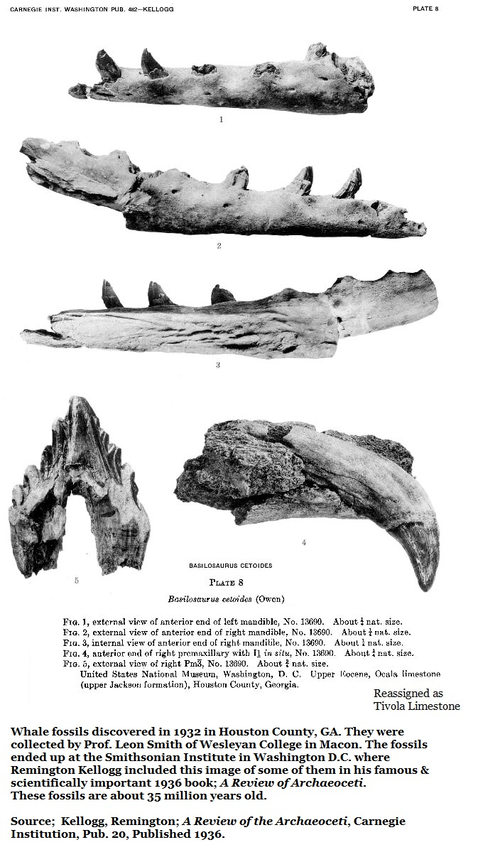 ​Plans to display a reconstructed whale at Wesleyan College went astray. In the end the material ended up at the Smithsonian and made it into the famous 1936 book A Review of the Archaeoceti by Remington Kellogg. That book established the natural history and science of whale research. “Ceti” is Latin for whale and “archaeoceti” means ancient whale. Remington Kellogg was the Director of the Smithsonian.
​Today, if you visit the Smithsonian’s Sant Ocean Hall you’ll see a reconstructed Basilosaurus cetoides on display; many of the fossils used in that reconstruction came from Houston County. 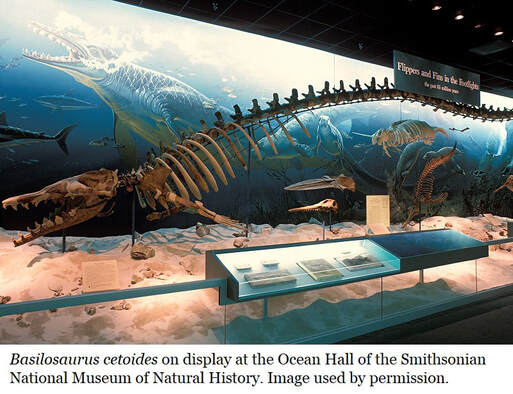 Over the years the softish, fossil rich, Houston County limestone has been known by many names, and was erroneously associated with other limestones in Georgia and Florida. In 1911 researchers considered the quarry along Elko Road to be “old”. In 1986 my friend Paul Huddlestun, working for the Georgia Geologic Survey, showed that the Houston County limestone was distinct from others in the southeast and should stand alone in the nomenclature. The largest concentration is in Houston County and it has been actively mined here for more than a century but it continues eastward sporadically into Bleckley County and onward into Washington County. In the tradition of geology Mr. Paul named it for most closely associated town and it officially became the Tivola Limestone.

​Mr. Paul retired in 2004 when the Georgia Geologic Survey was “abolished”. He’s in his eighties and lives today in Albuquerque, but I speak to him regularly and he comes back to Georgia once or twice a year. Because of this I’ve had the pleasure of being in the field with Mr. Paul several times.
​Houston County’s village of Tivola is long gone, but the name will linger in Georgia’s geologic literature for as long as such research is preserved by the state. It is our hope that one day the Georgia Geologic Survey will be re-established. 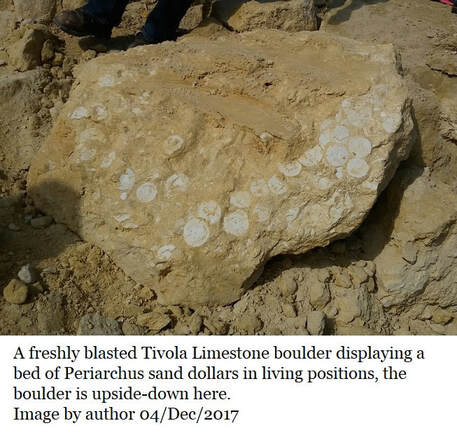 ​Since 1932 several other scientifically important fossils have come from the Tivola Limestone; smaller whales, a dozen sharks, a terminator pig and even today at the Florida Museum of Natural history in Gainesville researchers are reviewing the snout of a terrestrial herbivore which might represent a scientifically important “earliest report in the southeast” for a well-established species. It is hoped that the current miners will continue to share with science any unusual fossils they find.
Georgia’s Tivola Limestone represents but one chapter in a rich geologic history which stretches back more than 500 million years. There is so much more to tell. 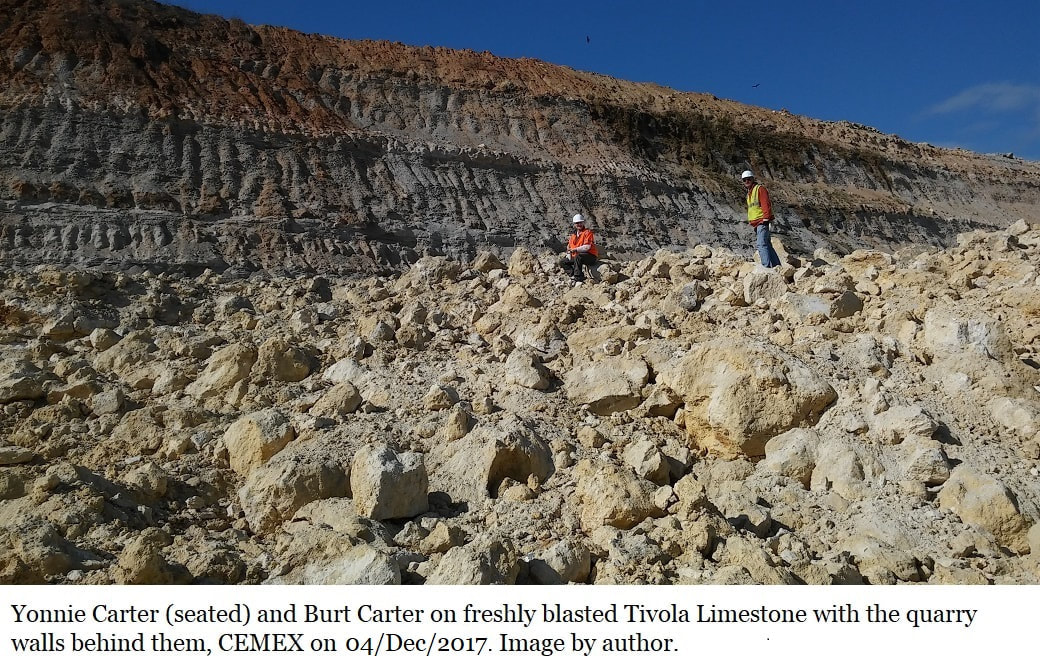