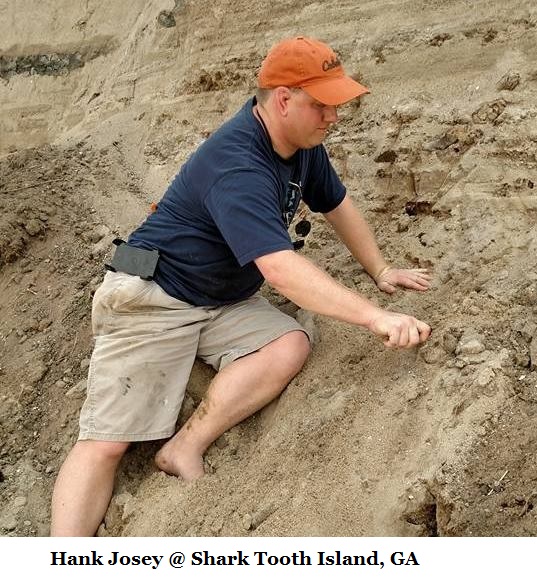 South of Savannah there lies a string of several small island which offer some unique opportunities to the field researcher.  These islands, named Barnwell, Hog, Jones, and Cockspur, are not natural islands, but are manmade.  They consist entirely of material dredged from the Savannah River, known as spoil.  The Savannah River provides easy ship access from the Port of Savannah to the Atlantic Ocean.  In order to allow container ships to safely travel the shallow waterway, the river is periodically dredged of sand and silt, which is piled on these islands.  Currently, the river is being dredged from a natural depth of around 20 feet to a depth of 47 feet.  During this dredging process, numerous fossils are pulled from the riverbed.  Since May 2016, the author made multiple trips to Hog Island, Barnwell, and Jones Island to collect fossils.  Transportation to the islands is only possible by boat. 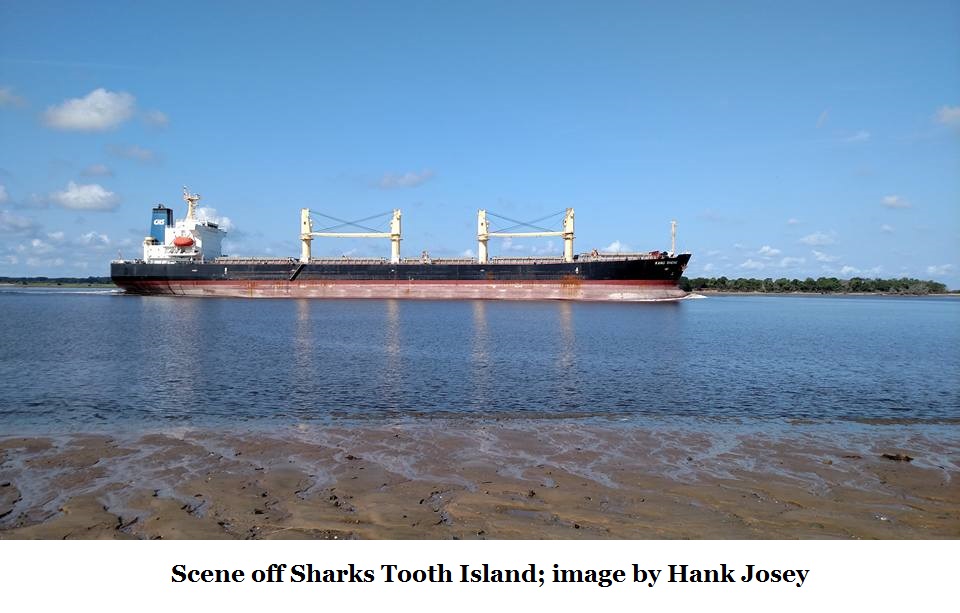 Because of the significant mixing of spoil material, exact dating of these materials is nearly impossible.  Fossils from the Miocene, Pliocene, and Pleistocene epochs are all found together, representing some 19 million years of evolution.  However, it is difficult to find another site in Georgia which offers the quantity and diversity of fossils as these two.  This author has identified at least 27 genera of vertebrates, 12 of invertebrates, and 1 of plants over the course of three field trips.  This incredible diversity is a direct consequence of the numerous sea level changes seen by this area.
Fossil collection on these islands is relatively easy, required few if any tools.  Simply walking the beaches of these islands was sufficient to yield an abundance of specimens (the author has on one occasion found over 60 sharks’ teeth in a two hour period).  These beaches are constantly eroding under the wake of passing container ships.  Digging and/or sifting of the spoil from the island bluff face also yielded numerous fossils.
The following summarizes the results of the author’s visits to these islands since May 2016.
​
Author’s Note:  visitors to these islands are advised to use caution.
·         These islands are under the jurisdiction of the U. S. Army Corps of Engineers and the GA Department of Transportation and may be closed to visitors on short notice.

·         Tide levels vary with both season and time of day.  The beaches on these islands can disappear very quickly.

·         Passing container ships can create very significant wakes capable of knocking down an adult:  use caution at all times!
​ 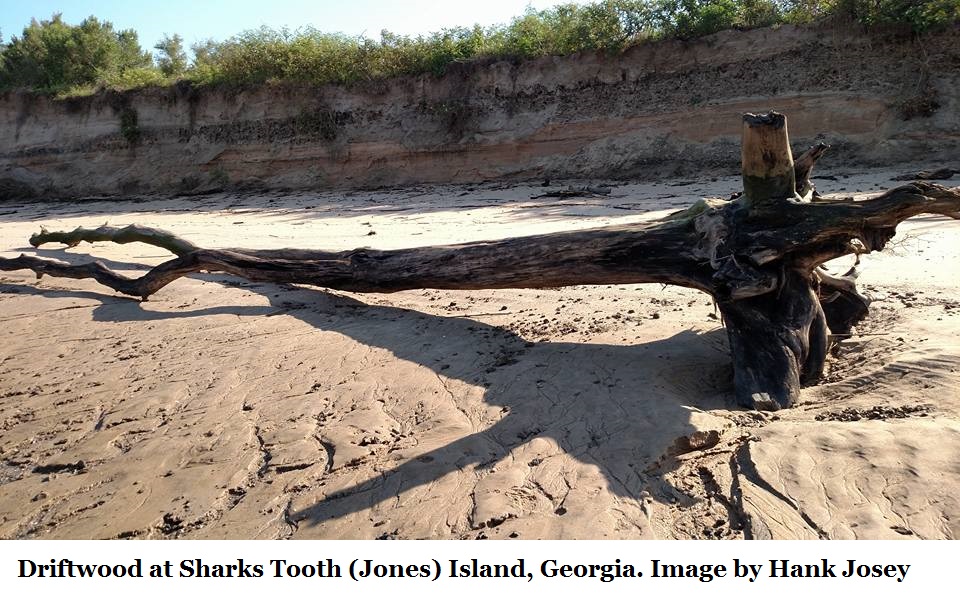