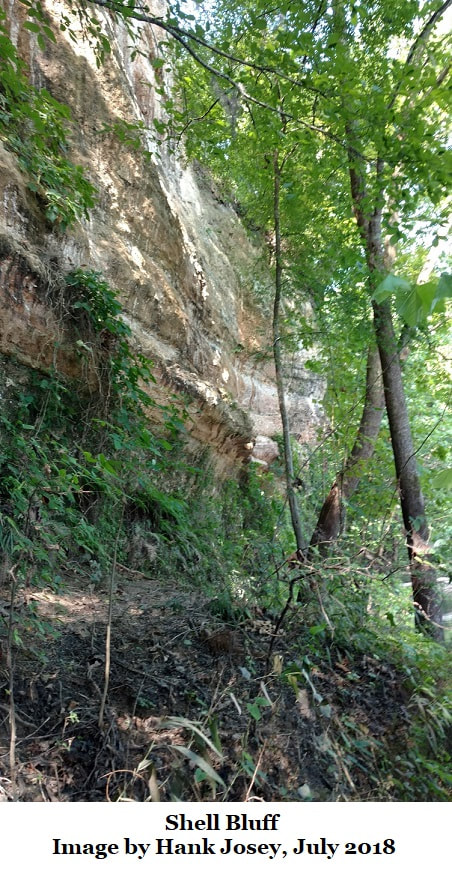 ​Shell Bluff, on the Savannah River in Eastern Burke County, Georgia, is beyond a doubt the most historically significant fossil site in the state.  Its history dates back centuries, even to the pre – colonial period when Native Americans encamped in the area.  Hernando de Soto explored the site in 1540.  William Bartram, the father of American botany, visited in 1765 and first described the large fossil oysters found there.  John Finch described these oysters in 1824, naming them Ostrea gigantissima in a paper read before the Academy of Natural Sciences in Philadelphia.  Vanuxem visited the site in 1824 and Timothy A. Conrad in 1834.  Conrad was the first researcher to identify the strata as Eocene age.  Charles Lyell stopped at Shell Bluff on January 2, 1842 and spent several days collecting specimens.
​Shell Bluff is the type locality for the fossil giant oyster Crassostrea gigantissima.  The species’ name has evolved through several iterations including Ostrea gigantissima, Ostrea georgiana, and several others.  This species is relatively common in Eocene deposits of  Georgia although nowhere else did this species appear so numerous or grow so large, excepting perhaps Griffin’s Landing, 17 miles downstream on the Savannah River.  Specimens up to 22 inches in length have been documented there although these are few and far between now. 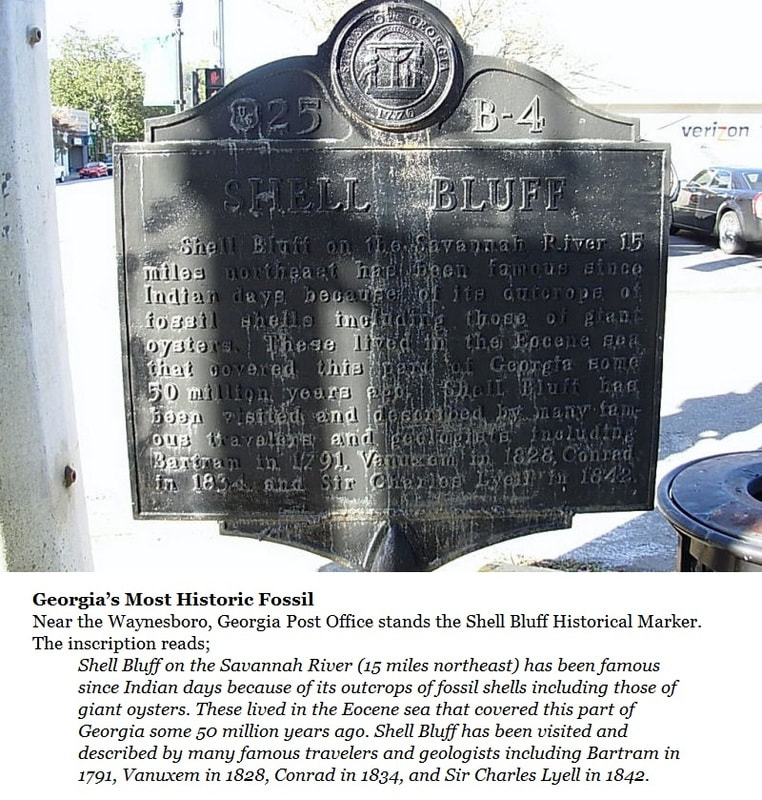 ​
Several geologic units are present at the site.  The most basal unit is the McBean Member of the Lisbon Formation which is middle Eocene in age. It contains abundant mollusks including the middle Eocene guide fossil Ostrea sellaeformis as well as many other species.  Above this is the Clinchfield Sand Formation of late Eocene age.  This layer has produced vertebrate fossils including shark and ray teeth as well as whale and dugong bones. Finally, the uppermost layer consists of the Griffin’s Landing Member of the Dry Branch Formation. This is the layer which yields the Crassostrea gigantissima oysters which give Shell Bluff its name.
​ 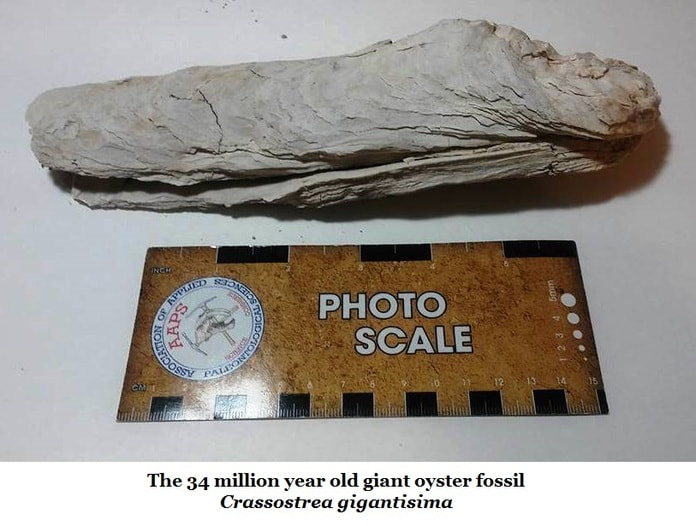 The author traveled to this locality in July 2018 for the purpose of describing the site and collecting samples.  This site is now in the hands of private landowners, and visitors must have permission to examine the site.  Access by land is almost impossible.  The bluff can only be reached via Shell Bluff Landing, approximately 300 yards downstream from Shell Bluff.  The author found most of the upper layers of the site being slowly covered with soil and overgrown with forest.  However, this has been significant slumping of the upper layers on to the river band so some late Eocene material is available for study.  The bluff itself rises almost 150 feet high above the banks of the Savannah River.
​ 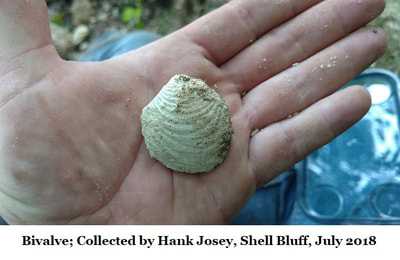 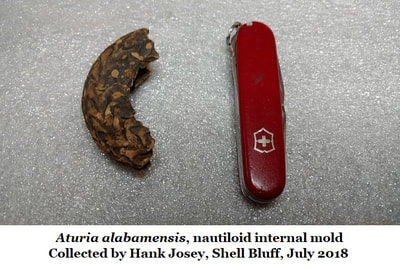 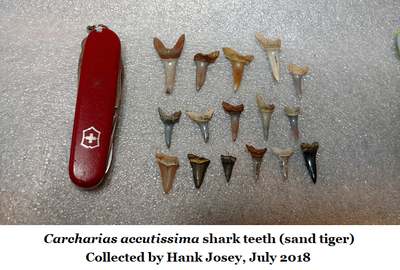 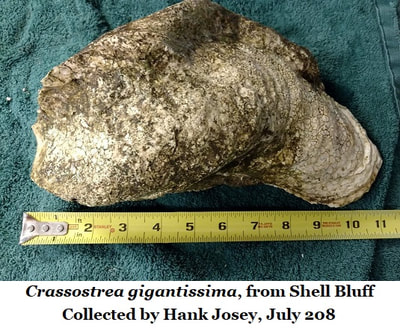 The following species have been identified from Shell Bluff, both in the literature and the author’s personal research collection.

Edwards, Elliot O., Jr. “Shell Bluff – A Fossiliferous Ridge, the Site of the Extinct Oyster Crassostrea gigantissima and History of It Identification.” 2016. Georgia Academy of Science.