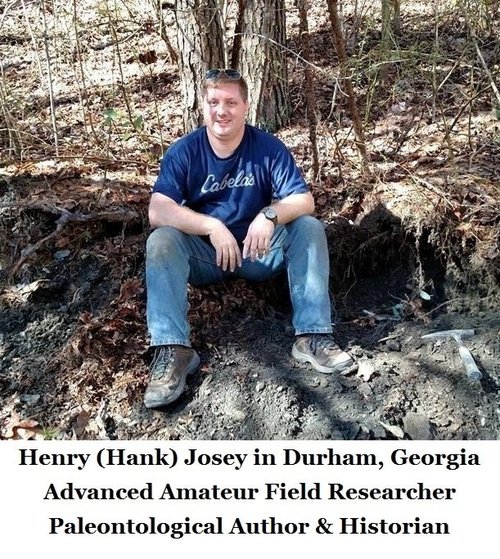 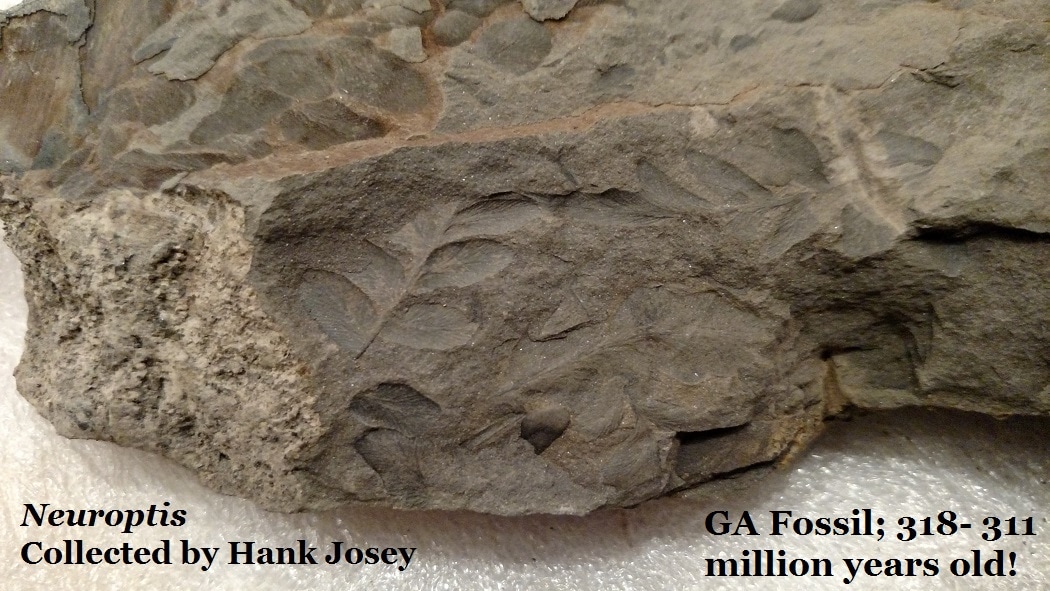 ​The Ridge and Valley Region of Northwest Georgia contains an abundance of Paleozoic Era fossils between 541 and 242 million years old.

In the abandoned coal fields of Dade and Walker Counties, plant fossils are commonplace in shale and sandstone slag in the coal mine dumps around Durham, Georgia. (Plant fossils are always found in association with coal.) This was major coal producing area in the early 20th century, but most production had ceased by the 1950s, and the coal fields are all abandoned now.
​
The author had the opportunity to visit this site in November of 2015, courtesy of the Lula Land Trust, current managers of the property, in Rising Fawn, Georgia.

These fossils date to approximately 315-323 million years ago and are part of the Vandiver Member of the Crab Orchard Mountain Formation, dating from the early Pennsylvanian period.
​

During the Pennsylvanian period, Northwest Georgia was covered by swamps near a river delta. Georgia lay south of the equator, part of the supercontinent of Pangaea, which formed 335 million years ago by the collision of Euramerica and Gondwana. To the east lay the newly formed Appalachian Mountains.

​During this period, the climate of the Southeastern United States was much wetter and warmer.  Oxygen levels were much higher, around 28 percent or greater. (Today the Earth's atmosphere stands at 20.9% oxygen.)  Pangaea was covered by immense forests.

Alternating periods of high and low sea levels formed layers of sandstone and shale containing beds of coal, a result of the proliferation of land plants during this time.  In the global Panthalassic Ocean, more advanced fishes with jaws appeared, such as chondrichthyans, acanthodians (spiny sharks), and ray – finned fish.  Invertebrates including brachiopods, rugose and tabulate corals, crinoids, and bryozoans were also prolific in the seas.  On land huge arthropods and insects were abundant.  Large amphibians roamed the continent, some over 5 feet in length.  The earliest reptiles appeared during this time, the first shelled egg laying vertebrates.
​
Few animal fossils exist from this period in Georgia.  Tracks of a prehistoric amphibian have been found in siltstone on Lookout Mountain.  Most common are plants fossils, preserved as thin coal films.  Coal forms when plant material becomes trapped in water – logged conditions, limiting decomposition by bacteria, forming peat.  Over time as more and more plant material is accumulated, the weight of the overlying material squeezes out most of the water and other compounds in the plant material, leaving only the carbon residue.
​ 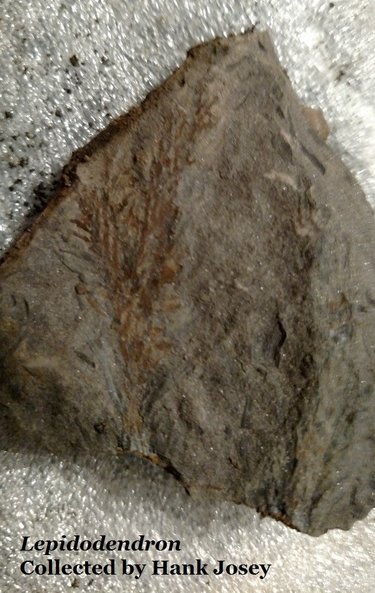 Among Georgia's most common and largest plant fossils of this period are lycopsids (club mosses), especially those of the genus Lepidodendron.  The diamond shaped pattern of their bark is frequently found in Pennsylvanian coal seams.  These huge tree – like plants grew as much as 3 feet across and over 100 feet tall.   They consisted of a long straight trunk with branching limbs at the top and a helical pattern of leaves. These plants reproduced via spores in cones on the end of their branches.  The branches and leaves did not appear until late in their short lives (10 – 15 years). They were found in the wettest regions, growing close together in bizarre, densely packed groves consisting mostly of immature trunks.
​ 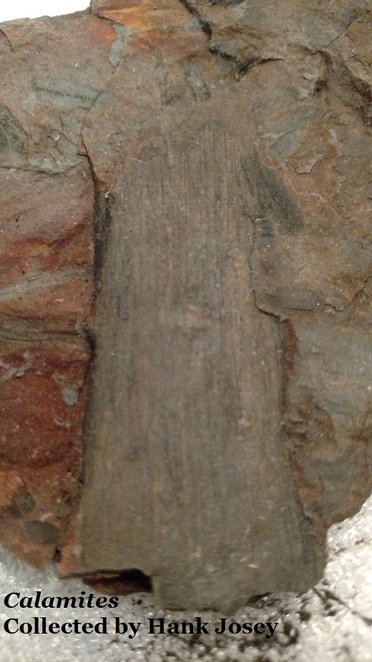 Another lycopsids from this period is Sigillaria.  It also had a diamond pattern bark, arranged in vertical rows, and grew over 100 feet tall.  It had long grass-like leaves growing directly out of its trunk and in a spiral pattern.

Also abundant are fossils of the genus Calamites of the class Equisetopsida or giant horsetail.  These large plants grew to over 30 feet in height and resembled today’s horsetails or rushes.  All parts of the plant including its branches, leaves, cones, were all arranged in whorl patterns.  The stems had vertical ribbing similar to bamboo.  This ribbing frequently shows up in fossils, consisting of narrow, closely spaced lines.  Like the lycopsids, Calamites reproduced by spores. Early researchers have often assigned different names to various parts of the same species of plant.  This is the case with these early horsetails.  The stems are referred to as Calamites, but the leaves are called Annularia.
​ 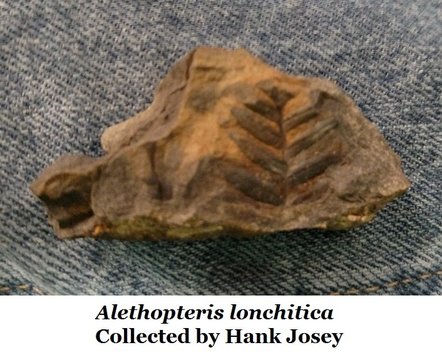 The first conifer-like plants appeared around this time in the group Cordaites.  These plants had cones, pollen, and wood similar to modern conifers, but the leaves were long and strap-like. These trees varied tremendously in size, from low shrubs to larger trees over 100 feet tall.  These plants were found along swamps near the coast, not unlike mangroves today.

The last and most common group of fossils are the pteridosperms or seed ferns.  True ferns reproduce via tiny, microscopic spores.  Seed ferns have fronds similar to ferns but reproduce via groups of seeds on specific branches. Some of the seeds could be as large at 3 inches. Seed ferns varied in size from small shrub like ferns to small trees.  In the Pennsylvanian fossils of Georgia, several different genera of seed ferns have been found including Alethopteris, Eremopteris, Neuroptis, and Pecopteris.  Most of these fossils take the form of delicate leaves impressed in the thin shales of the Pennsylvanian period. 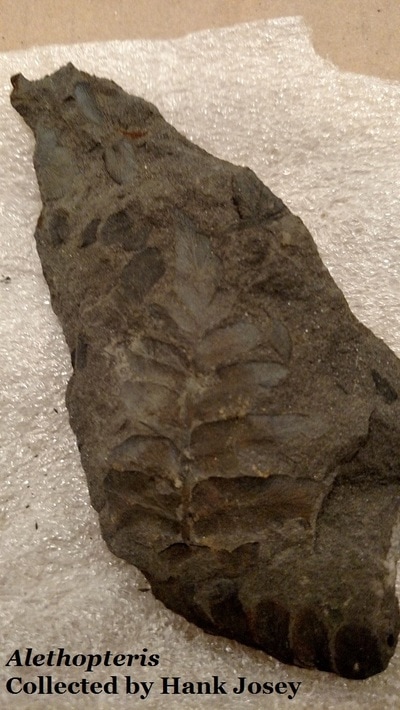 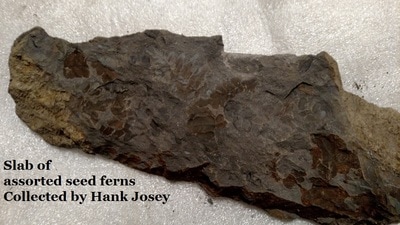 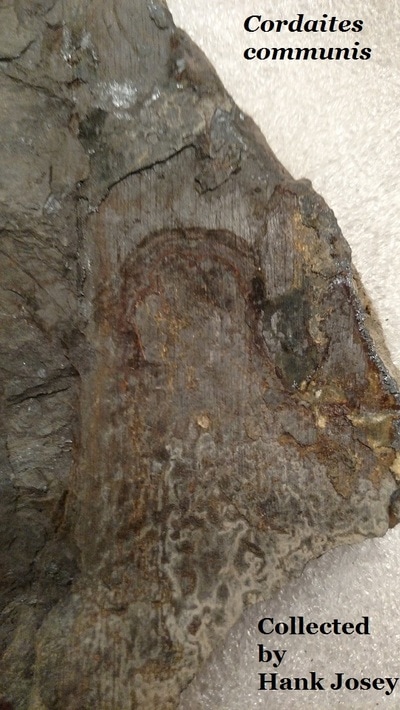 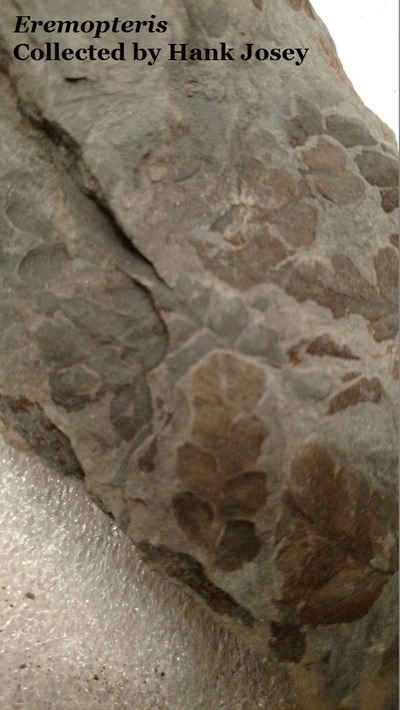 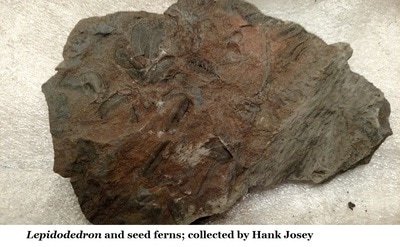 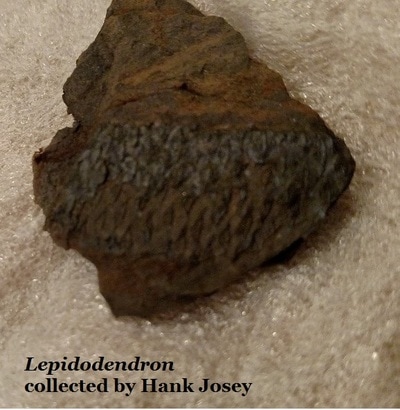 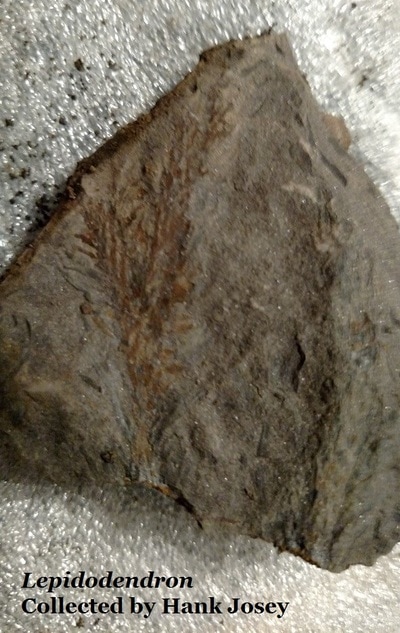 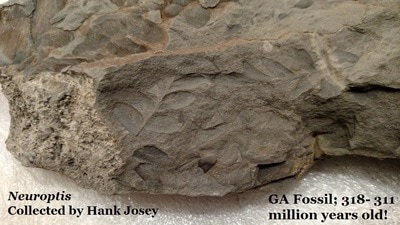 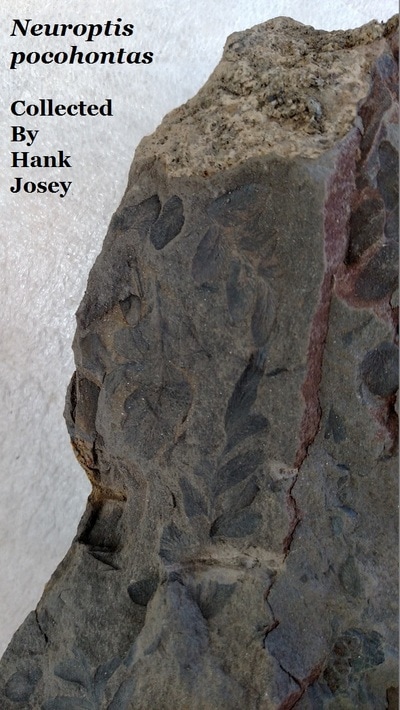 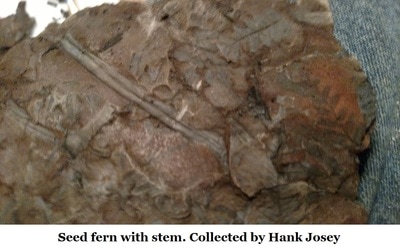 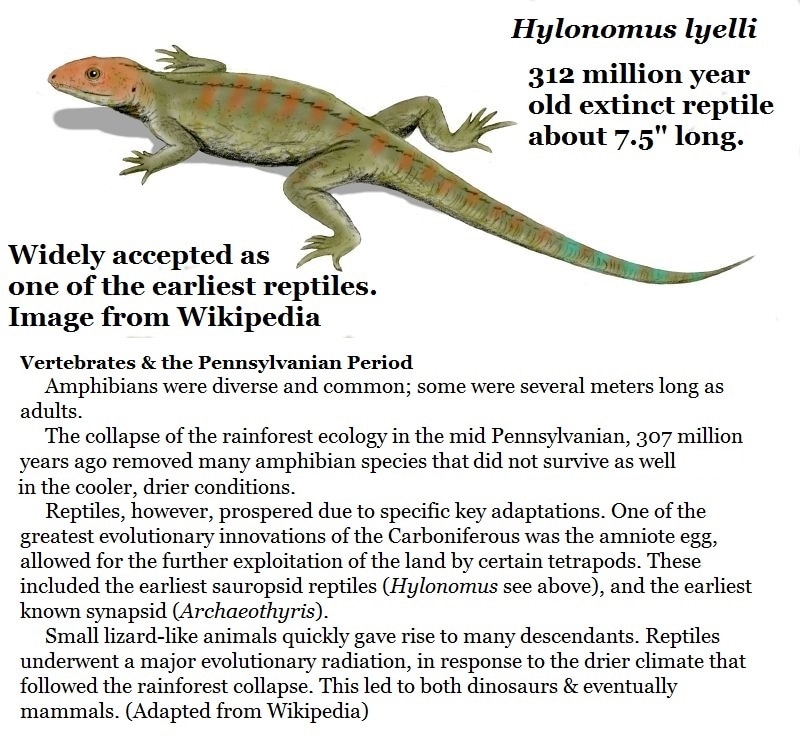