In mid-January of 2019 Mary Bartell Parker of Murray County in north Georgia reported on Facebook’s Georgia’s Fossils Group that she thought she’d found stromatolites on her property and posted a few good pictures.
​​ 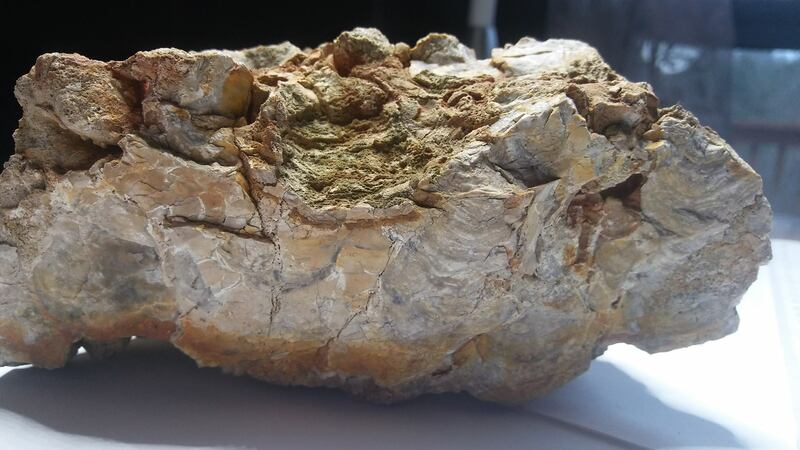 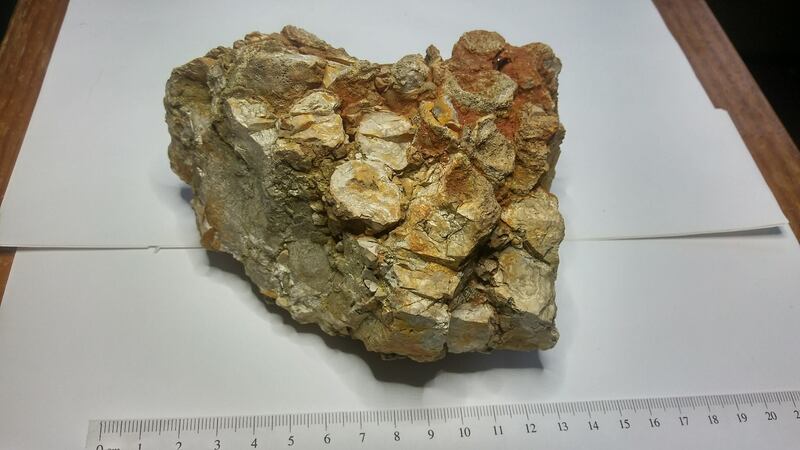 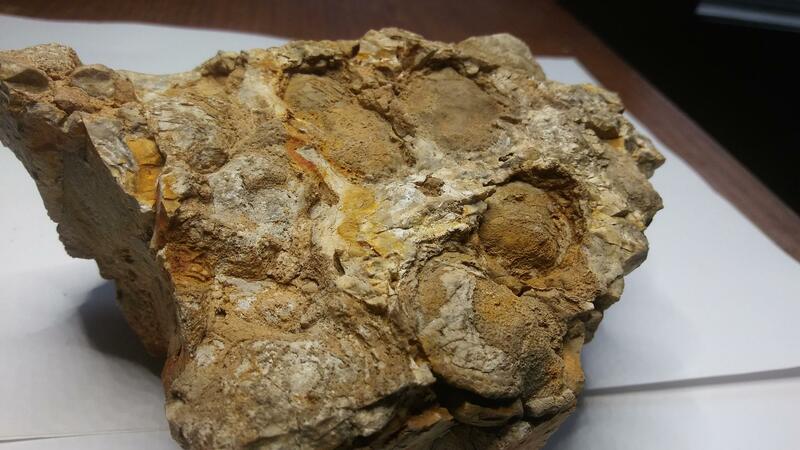 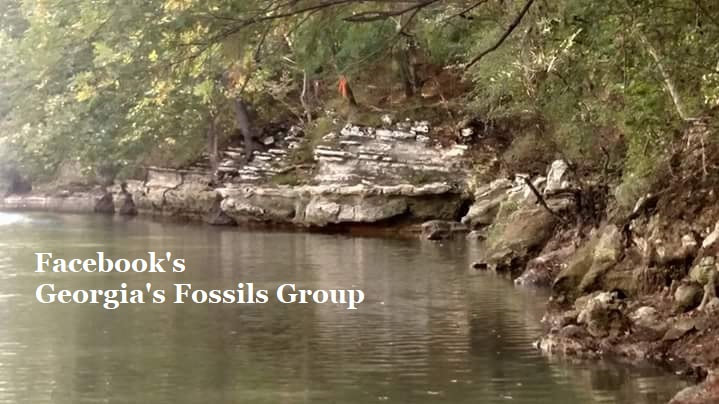 ​Stromatolites are known to occur in Georgia but they’re rare and while they’re mentioned in the literature, they’ve been little studied. 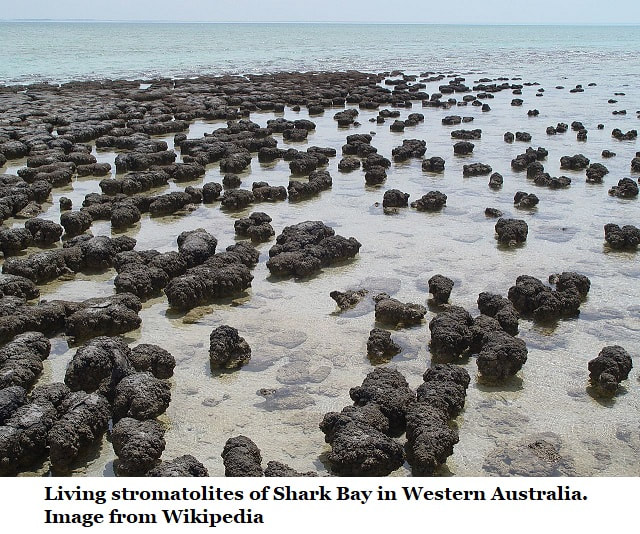 ​To quote Wikipedia; "Stromatolites are layered mounds, columns, and sheet-like sedimentary rocks that were originally formed by the growth of layer upon layer of cyanobacteria, a single-celled photosynthesizing microbe."
​
​Brad Deline, was the first professional to identify the specimens as stromatolites by Mrs. Parker’s post. Brad is an Associate Professor of Biology at the University of West Georgia, he suggested the source might be the Knox Formation which is mixed Cambrian and Ordovician material, still at least 440 million years old.
​​
Brad was kind enough to give us a wonderful explanation for stromatolites;
​
“The key is looking at them from the side to see the internal structure. They produce very distinctive layers forming a mound as the cyanobacteria continues to grow. They’re essentially just sand bound together by bacterial goo.”
​
“So the bacteria grow into a mat. When the tide come in it dumps sand on top of it, which blocks the light. The bacterial then seek out the light and establish a new mat above the sediment. Through this process they bind up and lightly cement the sand.”

Brad further explained that where the original stromatolites were relatively soft these fossils were now chert, and very hard. But the benefit is that the hard, rugged nature of chert means that samples endure.
​
Brad Deline shared a sentiment felt Montante and many others…
“There appears to be next to nothing written about most of the fossils of the Valley and Ridge part of Georgia/ Many different groups of invertebrate/microbial fossils. I have had this issue a few times when I found fossils in the area- I presented about a sponge a few years ago from NW Georgia when I realized that 1) none had been described and 2) there wasn't a fossil sponge expert to send them to.”
​
Mrs. Parker soon took samples to Tellus Science Museum and upon inspection Ryan Roney, the Curator at Tellus, also confirmed them as Georgia stromatolites.  Ms. Parker was kind enough to donate five good samples to Tellus for further research.
​​ 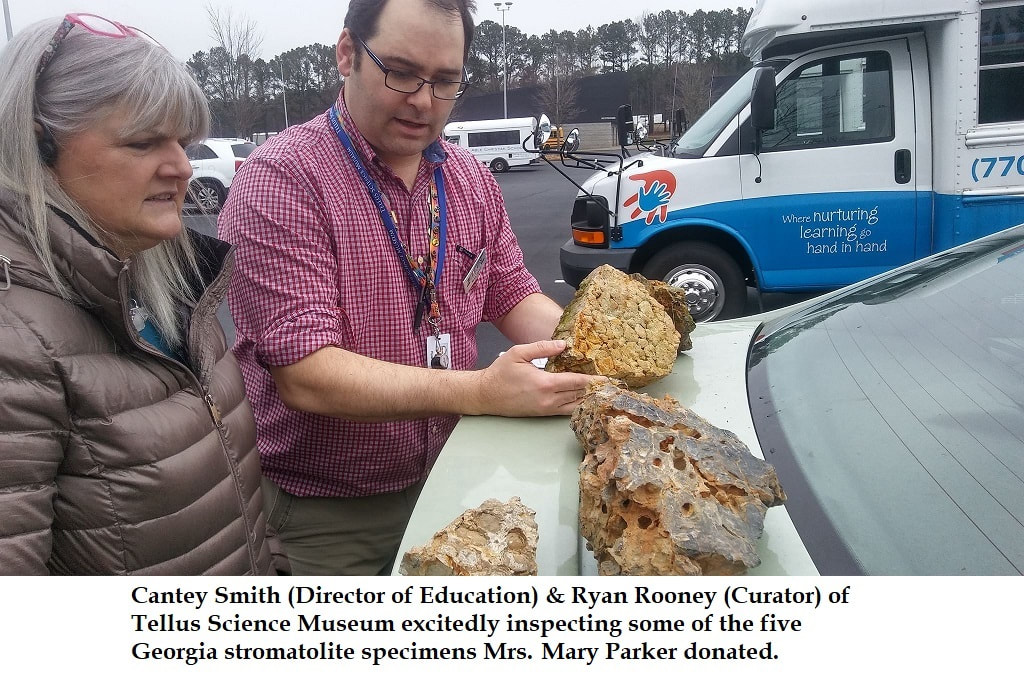 So the need for continued exploration, research and science continues Georgia despite scientific paleontological observations dating back to 1765 (William Bartram, Shell Bluff Fossils, see Section  13K of this website).
​As this website has struggled to convey, Georgia’s paleontology is a maddeningly complex subject.
​
A note of thanks to Mrs. Mary Parker for sharing her find with us and donating samples to Tellus.
​ ​
Note from the author:
I’m simply not familiar with NW Georgia’s sediments and I’d welcome essays submitted, for possible publication on this website, over fossiliferous deposits or individual fossils collected. Such essays need to be well researched, observational and science based. Contact Thomas Thurman at GeorgiasFossils@aol.com for details.