​20H; A Kaolin Mine Beaver Dam 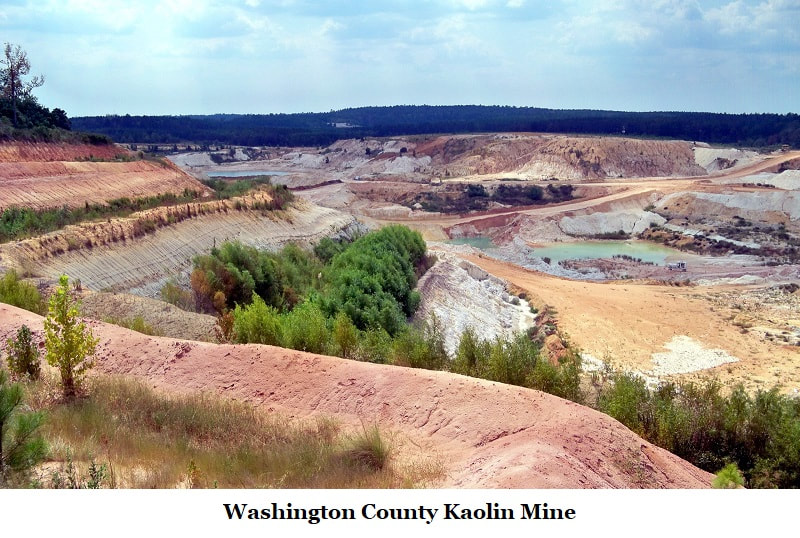 ​More than 47,000 years ago beavers built a lodge in a Washington County stream near Deepstep, GA. (1) That’s about 30,000 years before humans are known to be in the state. (2) Remnants of their lodge were found in Boatright Kaolin Mine and it tells a tale about a decidedly cooler Georgia.

​I’m grateful to Dr. Gale Bishop for suggesting I review a copy. 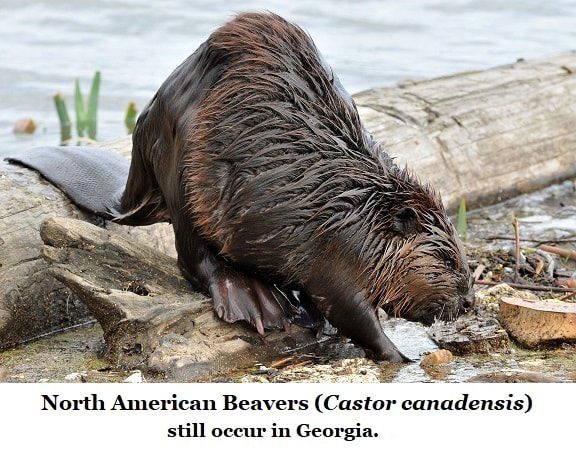 The authors reported a lens of “dark clay with abundant branches that had accumulated on top if the Eocene Huber Formation.” This was covered by 7 meters (23ft) of cross-bedded quartz dominated sand. The Huber Formation is Eocene, Bartonian in age; between 37.2 to 40.4 million years old. (3) The overlying clay lens was much, much younger at 47 thousand (plus) years old.

Deepstep is a small town, with a population of less than 200 people, named after Deepstep Creek. In 1886 a post office was built which established the Deepstep as a town and in 1900 the Georgia General Assembly incorporated the town.
​ 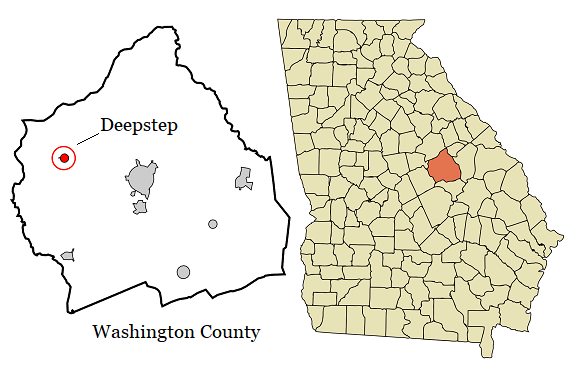 The lens of dark clay was roughly 5 meters (16.4 feet) wide and .5 meter (1.6 feet) thick. At several points in the clay lens well-rounded quartz pebbles were observed. The wood was stained dark, water-logged and well on its way to becoming humus, but the wood wasn’t charred.
​​ 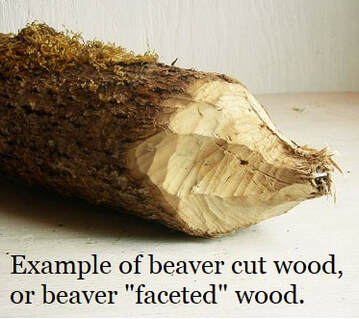 ​Most of the branches lay parallel to the lens bedding, but a few small branches were standing perpendicular. All the wood was stripped of bark. One of the large pieces had a faceted end. All the small standing pieces had at least one faceted end. Those faceted ends strongly suggest beavers. The researchers confirmed this by comparing the mine’s branches to fresh samples collected at active beaver foraging grounds in Brooklet, Georgia. The interpretation is that the larger branches made up a lodge and the smaller branches were part of a submerged food cache.
​ 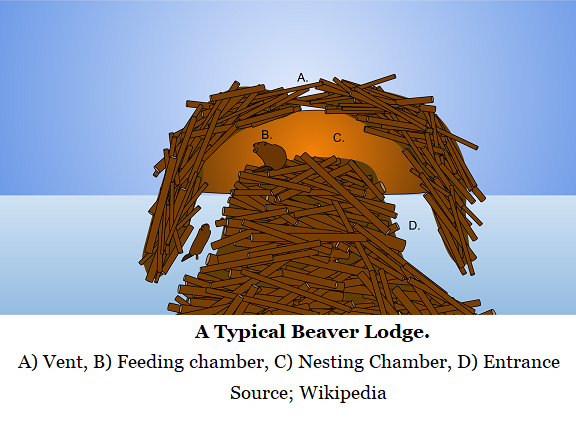 ​​At the base of the clay lens, beneath the wood, was a prominent bed of well cemented limonite; an iron ore. The bed of limonite extended well passed the clay lens and represented a disconformity separating the much older Huber Formation kaolin and the overlying, and much younger, clay & quartz sand bed.  The limonite was far harder and more developed beneath the wood even “resisted breaking” beneath a rock hammer.
​
The kaolin mines have long been known for fossils, but they’re typically much, much older. Often called chalk mines, kaolin may look something like chalk but it is very different. Kaolin is a mineral. Chalk, on the other hand, is a fossil formed of calcium carbonate, it’s a mass of shells from micro-organisms called coccolithophores.

As a mineral kaolin, or kaolinite, is a very fine grained clay related to feldspar which long-ago weathered out of the Piedmont Plateau and into Georgia’s rivers and streams where it flowed into and met our ancient sea at the Fall Line, forming a large sedimentary deposit known as the Kaolin Belt. It’s Georgia’s most mined commodity, used in porcelain, paper coatings, paints, plastics…​
​
Luckily, the kaolin mines frequently work with geologist and paleontologist, most of the mines maintain fossil collections of specimens found during their operations. So, when something unusual is noticed someone will check it out. A large dark brown lens at the bright white kaolin and quartz sand horizon would stand out rather dramatically.

Specimens were collected and studied under three disciplines; palynological, identification of wood samples, and radiometric dating. Palynology is the study of dust, typically pollen. And in this case that was what interested researchers the most; what pollens were present?
​
Ten branches were collected and identified by Southern Illinois University. The one large faceted branch was identified as a harder variety of Pinus, pine, likely one of the yellow pines found in Georgia today. The other branches were identified as Taxodium and were most likely bald cypress.

One cypress specimen displayed false growth rings which suggests it experienced environmental stress; the suspicion is that the tree had survived excessively deep of water.

All the small vertical branches were also cypress, but their structure revealed them as either roots or knees.

Samples of the wood were sent for radiocarbon analysis and was dated at greater than 47,740 years BP (Before Present means before 1/Jan/1950). But such a date is beyond the accurate limit of the technique used in 2000, so the clay lens is officially only dated to the Pleistocene Epoch.

Tree pollen samples were collected from the clay lens; assigned as samples 1P, 2P, & 3P; then reviewed and assigned to their species.

​This proved interesting. The below list shows each species by total percentage of the sample; in other words, item #28 is the genus Pinus, or pine tree. 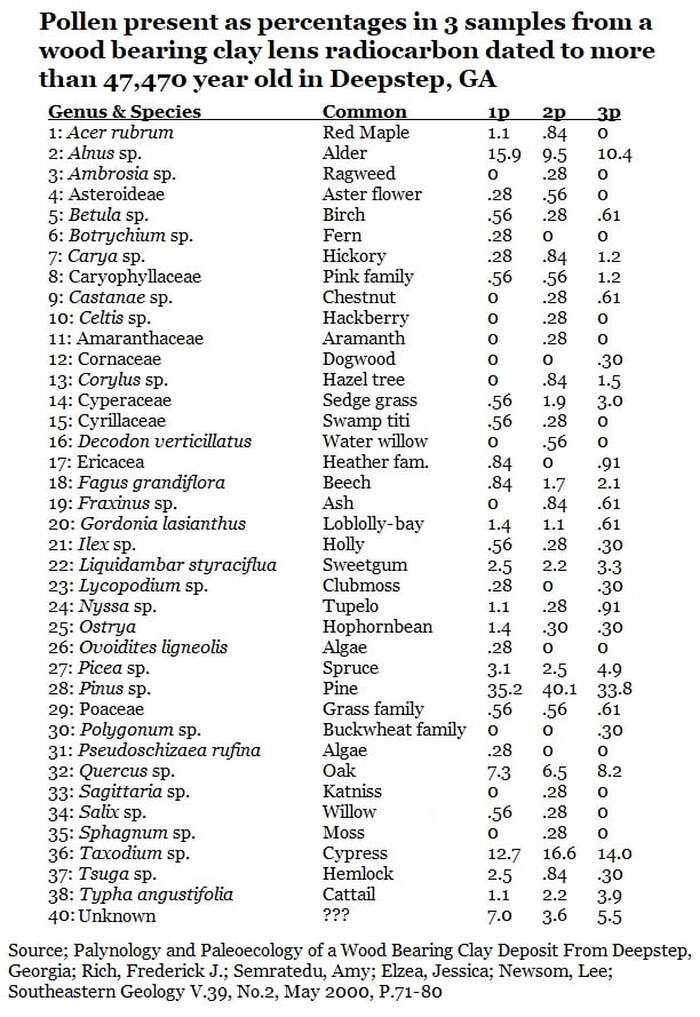 Pinus (pine) was, of course, very common in Georgia today and was the dominant pollen present in all samples; 40.1% of Sample 2P.
None of these are surprises, However; 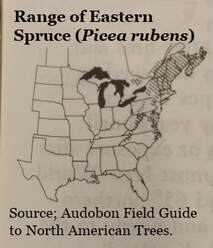 Picea (spruce) occurred in all three samples with Sample 1P showing the greatest concentration at 3.1%. Spruce is a cold-climate genus. Today the southernmost species is Picea rubens (red spruce) which occurs naturally occurring in Tennessee and North Carolina at altitudes between 1370 meters (4,500ft) & 1980 meters (6,500ft).
​ 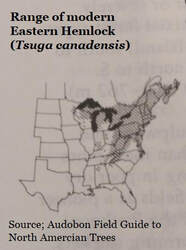 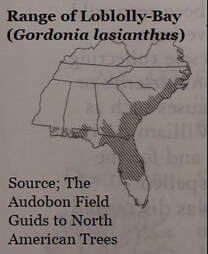 Also present in all three samples was (Gordonia lasianthus) Loblolly-bay; Sample 1P @ 1.4%, Sample 2P @ 1.1%, & Sample 3P @ .61%. Loblolly-bay is a sub-tropical species occurring today from central to north Florida then up the Atlantic Coast to North Carolina and along the gulf coast to Mississippi.​​
Wetland species are present. Upland hardwood species are present. Clearly, Georgia during the Pleistocene had a complex climate. The team considered several hypotheses, including reworked Eocene or Miocene sediments, but settled on the theory that Georgia rested just within the climate tolerances of both the northern and southern species.

There was no mention of reworked Pleistocene sediments and there were some dramatic environmental swings during the Pleistocene. To geologist, the presence of rounded quartz pebbles suggests a pond or waterway is subjected to “periodic floods which were capable of moving rather large particles,” to quote the team’s paper.
​
The last issue the paper dealt with was bed of limonite beneath the clay lens. The authors noted that beavers had once been numerous and widespread on the North American continent ranging from coast to coast; North to the Yukon River and South to the Rio Grande. That as early as 1938 Ruedemann and Schoonmaker (4) noted that beaver behavior could act as an unwitting agent of geologic change.

Iron is naturally weathered out and transported by water, rain fed rivulets merge into stream, creeks and rivers. Beavers build dams and create ponds trapping sediments being carried by rivers. “The soluble and suspended iron is being deposited in an area where the drainage has ponded behind present and relic beaver dams.”

The team proposes that the limonite layer beneath the clay lens is a relic of the beaver pond, a record of the accumulated iron sediments weathered out of the surrounding hills as well as upstream sources.
​​
Such a fascinating little paper with some superb science. Sometimes geology and paleontology helps to crack open other sciences and other world views…

​Dr. Rich never disappoints with his view of science and the world.
​ 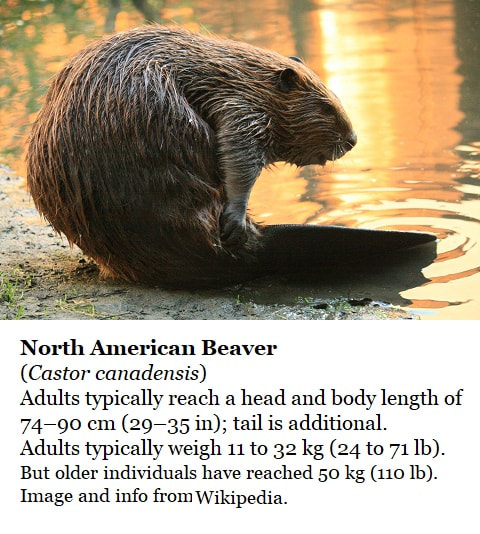