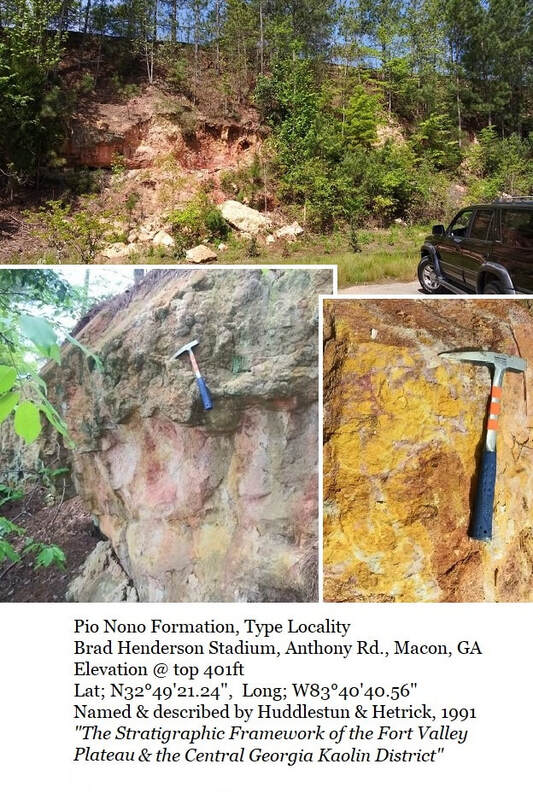 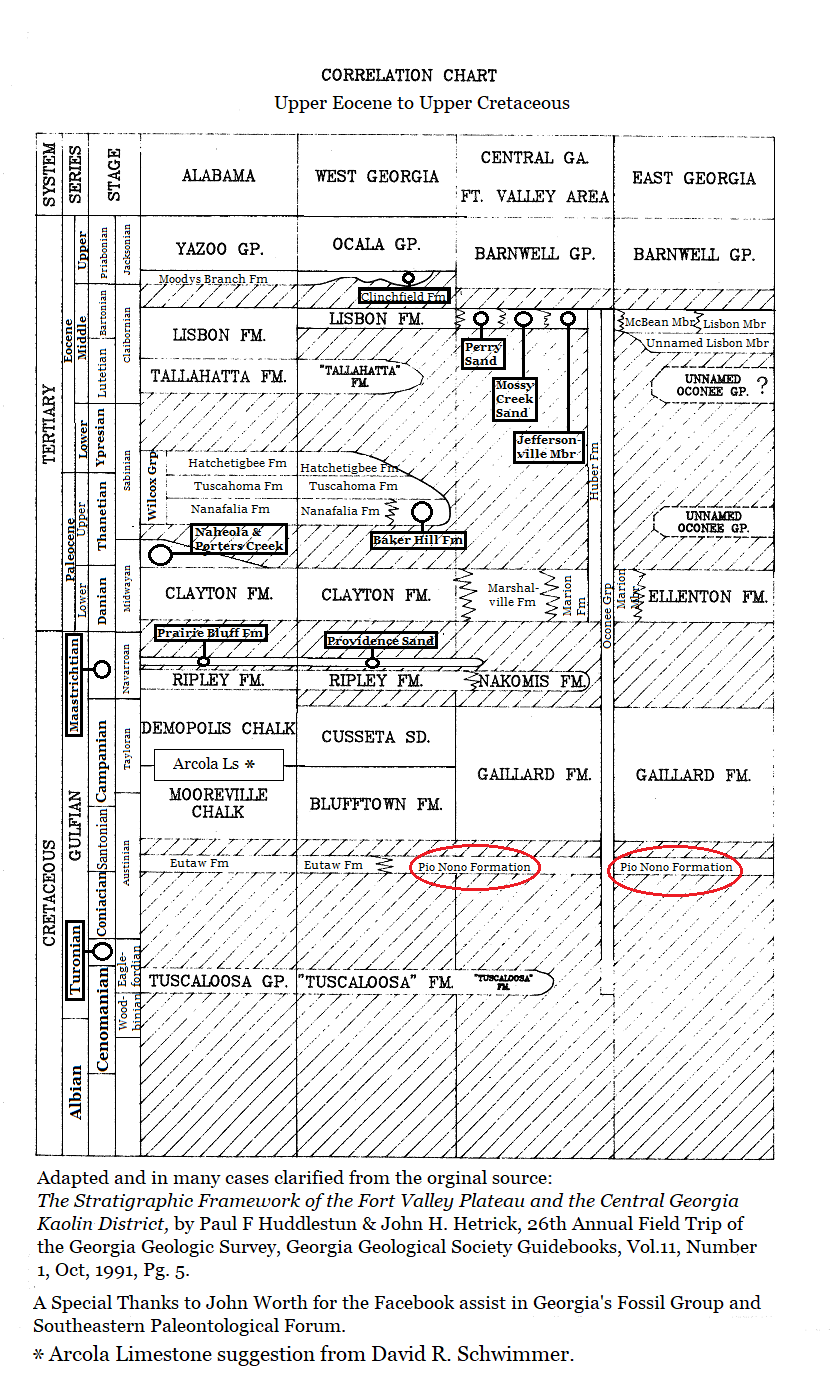 It is a colorful, kaolin bearing, variably sandy to pebble and even gravel bearing clay bed. It rests directly atop Piedmont basement rocks and underlies the Gaillard Formation. The name “Pio Nono” is taken from Pio Nono Ave in Macon, GA where there are several small outcrops. Pio Nono Ave was named, in turn, for Pope Pious the 9th. It’s unusual for a Southeastern town to name a road after a pope and the explanation rest in the fact that there was once a convent in the area of Macon’s Pio Nono Ave.
​
​It is described as “highly pigmented, thin to thick bedded, variably horizontal bedded to undulatory-bedded to cross-bedded, moderately to poorly sorted, variably feldspathis and micaceous, sporadically pebbly or gavelly (especially near the Fall-Line where it resembles Quaternary river terrace deposits) kaolinitic sand, sandy kaolin, sandstone, sandy kaolinitic claystone, and kaolinitic sandstone. Quartz sand is the dominant component of the Pio Nono Formation but kaolin is also significant at some sites.”
​
The Pio Nono is the primary formation outcropping at the Fall Line from the vicinity of Jones County in the east, to around Junction City in the west.
​
​An excellent exposure can be observed 2.35 miles north of Robert, Georgia in Crawford County at the intersection of Georgia Highway 341 and US 80. At the northwest corner of the intersection the Pio Nono Formation stands 20 feet high. On the Southeast corner you can see the deeply weathered saprolite of the underlying piedmont basement rocks.
​ 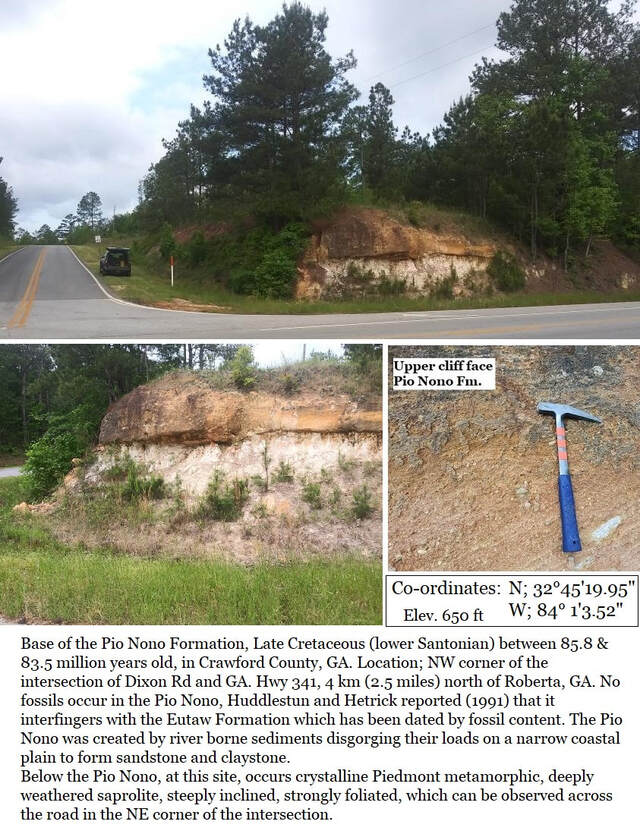 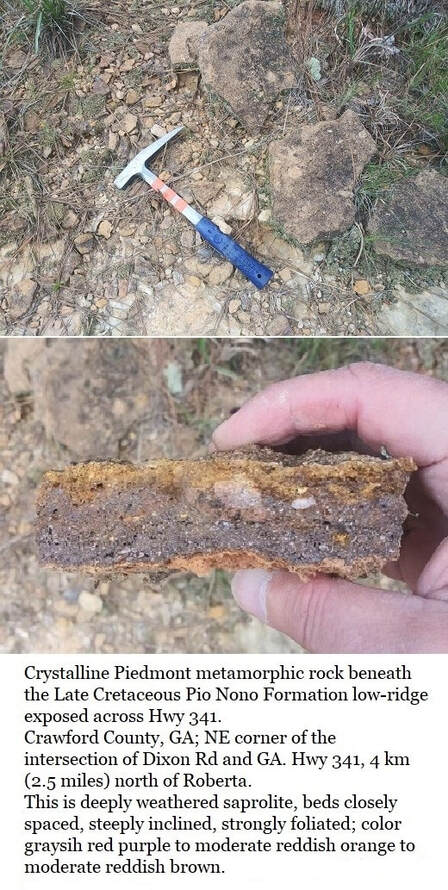 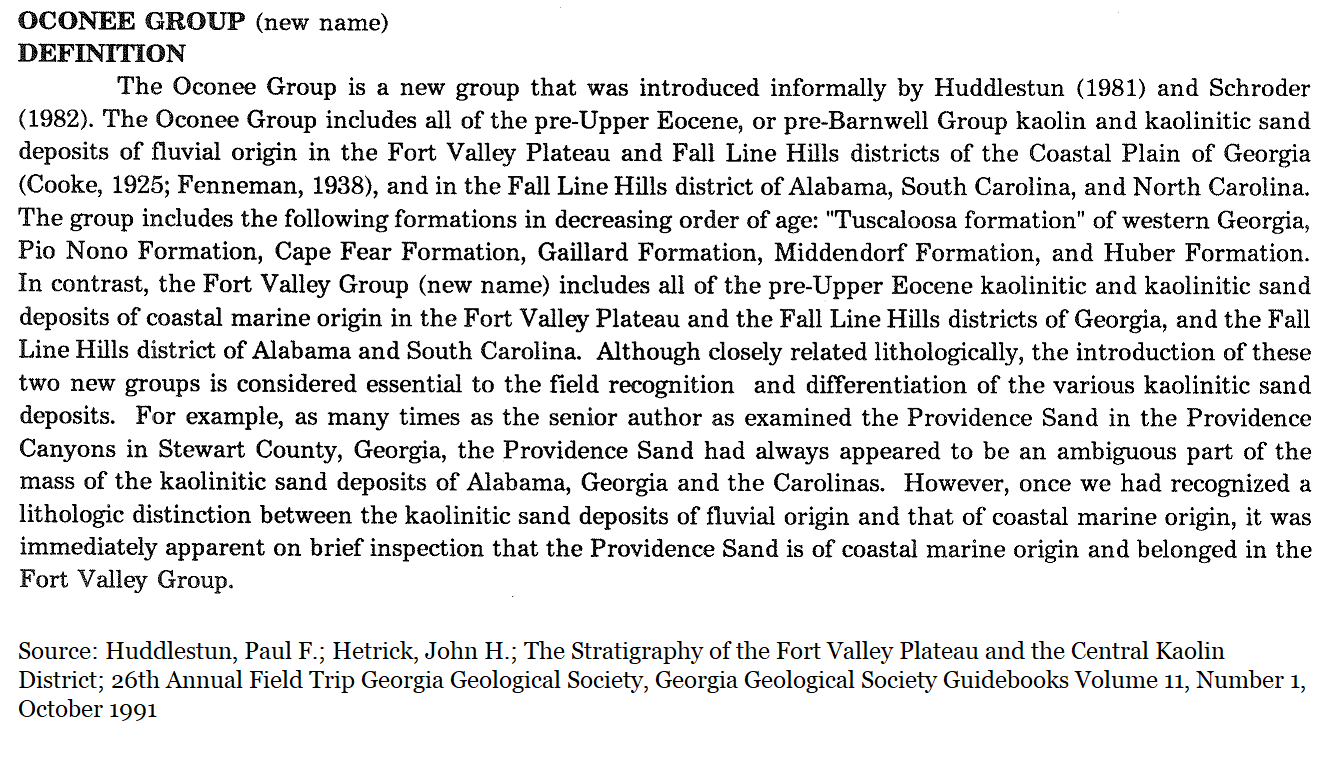 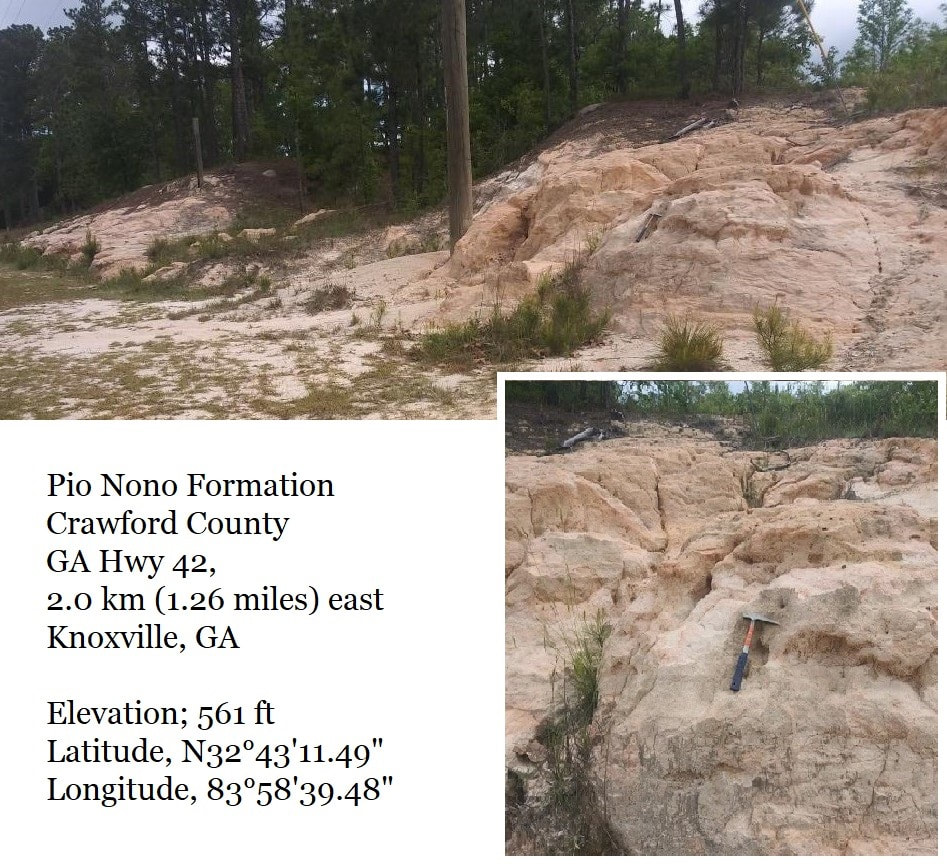 Reference;
You can download and read the original paper below. 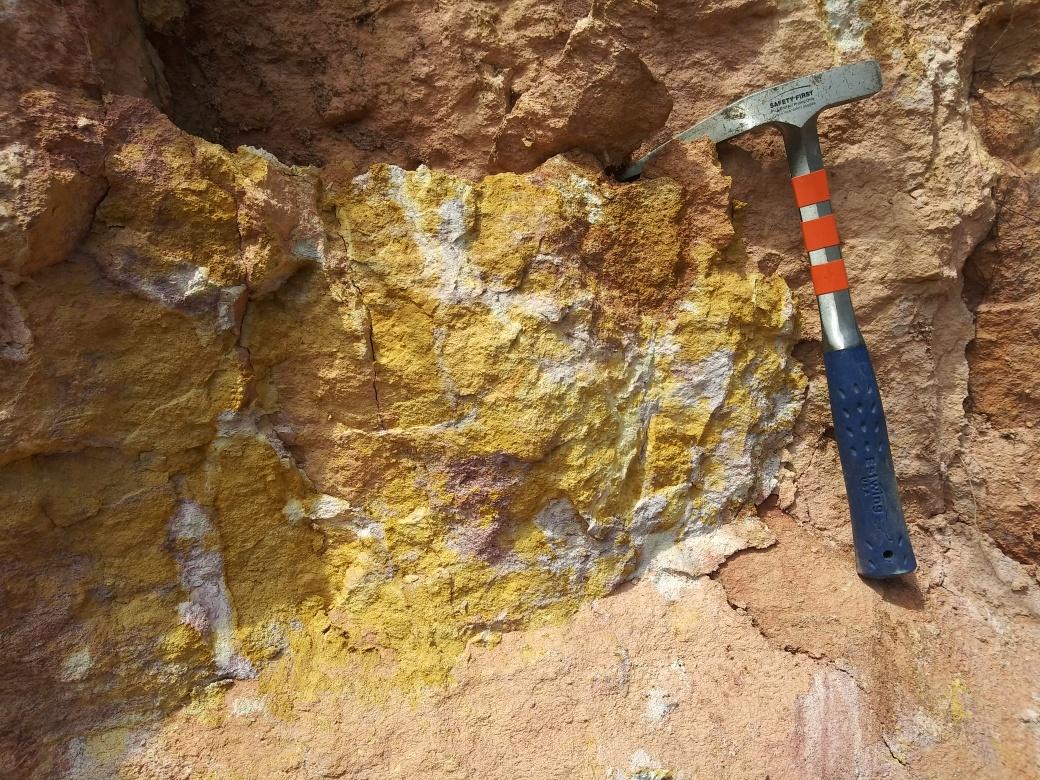