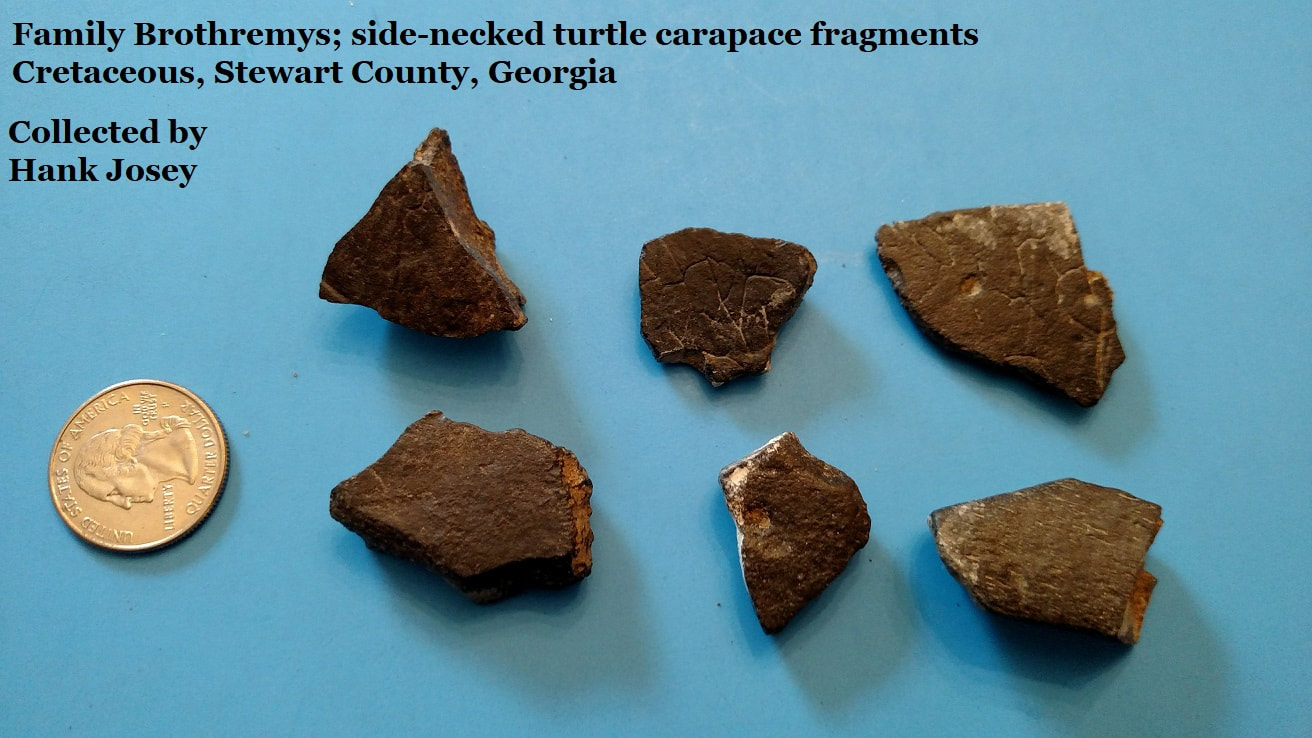 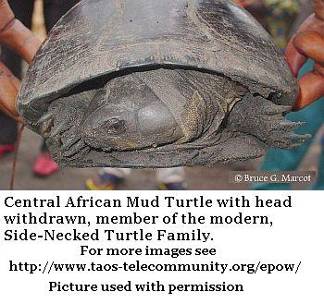 This was the most common sea turtle in our area 77 million years ago and the fossilize shell pieces show that some individuals were very large with shells up to two inches thick.

Some references state that Bothremys barberi was a fresh to brackish water turtle. It is also referred to as the “paving stone” turtle because fossil of its shell can be large and relatively flat, like paving stones.

These ancient side-necked turtles are different from Georgia’s modern turtle populations. Our modern turtles can pull their heads straight back into their shells when sensing danger, some even have a plate which will pull up like a door sealing the shell.

Side-necked turtles can only fold their rather long necks between their front legs and lay their head to one side. This leaves the other side of their head and part of their neck exposed. 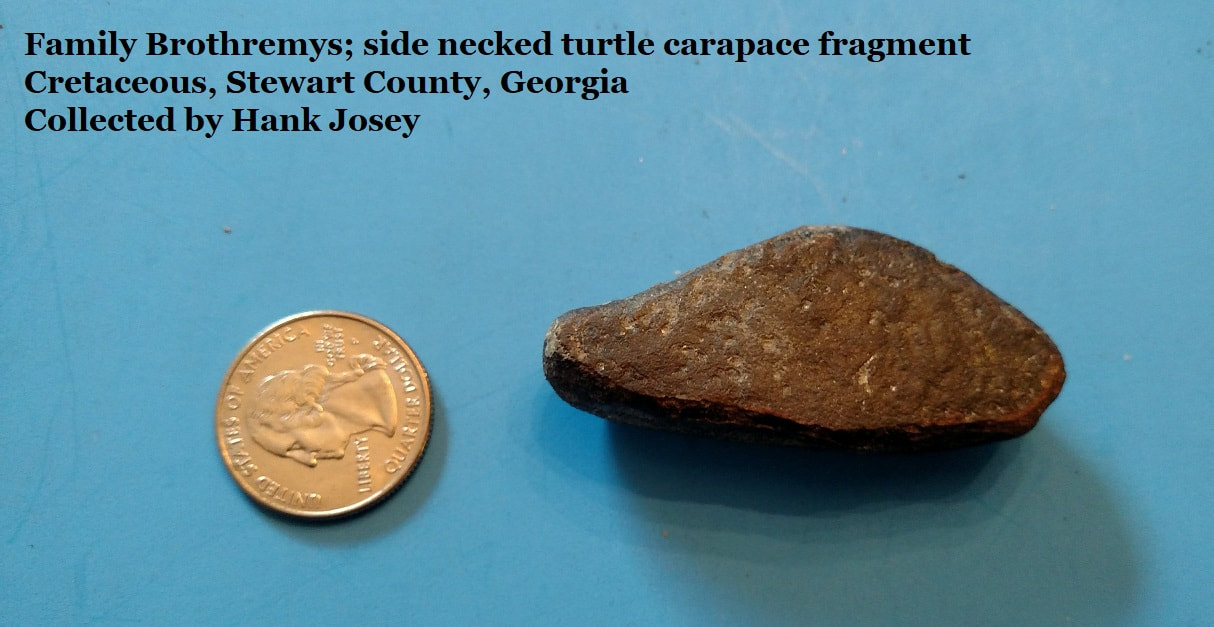 References:
In a personal communication, David Schwimmer indentified the “abundant turtle fossils” from the Hannahatchee Creek Excavations as side-necked sea turtle carapace fragments. He donated more than 125 samples to the Mid-Georgia Gem and Mineral Society for elementary and middle school egg-carton mineral/fossil sample kits which the society assembled and donated to Bibb & Houston County schools.

The fossils were scrap from the excavations. 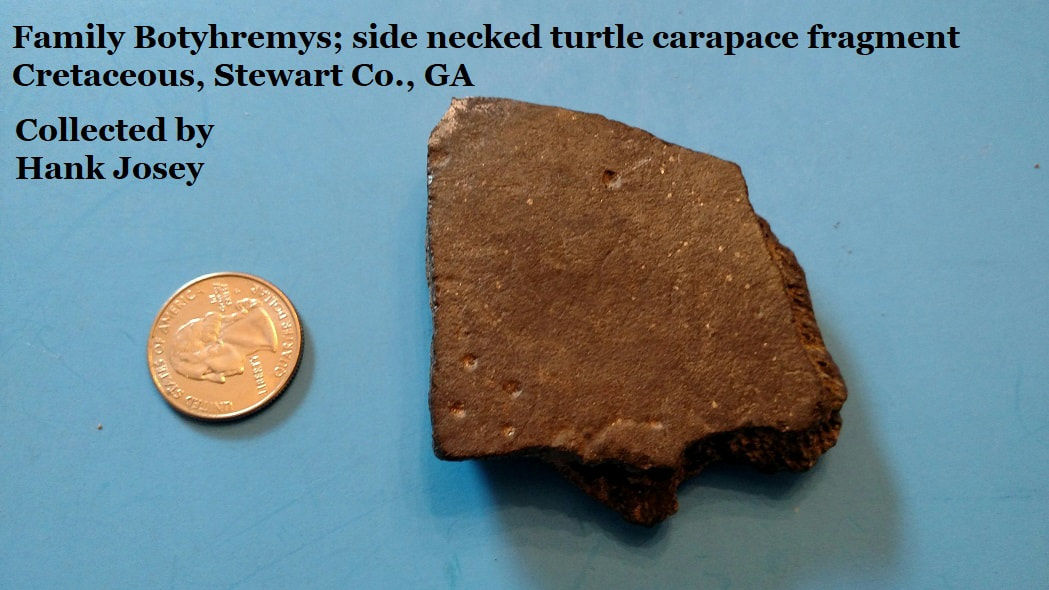