5: Georgia Before The Dinosaurs 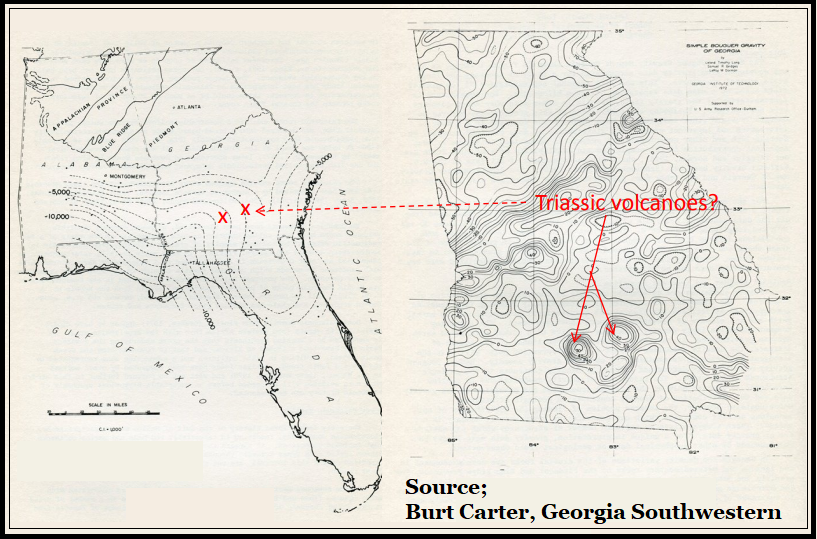 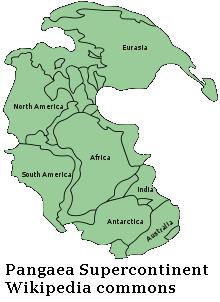 Dr. Burt Carter fielded my question about possible Georgia vertebrates between our 450 million year old Astraspis and the rise of the dinosaurs (Late Triassic; about 230 million years ago).

He reports that in the northwest part of Georgia you’ll find our Ridge and Valley Region; rugged, buckled terrain created from sediments laid down flat, then buckled during long-ago impacts from continental drift.

The terrain buckling happened when the North American continent collided with Gondwana, (specifically; the African continent) about 300 million years ago.  The resulting supercontinent became Pangaea. This was a key event in the raising of the Appalachian Mountains, near the center of Pangaea.

The same old Appalachian Mountains which start today in North Georgia and reach up the East Coast of the USA.

As far as vertebrate fossil from this time frame, Dr. Carter explains;

“Though I haven’t seen and don’t know of reported finds, there are probably terrestrial amphibian and reptiles fossils in Georgia’s 300 to 318 million year old sediments. Vertebrate tracks are reported in the same rocks of northeast Alabama. There is no known reason why similar finds couldn’t appear in Georgia.”

Amateurs and enthusiast have long collected ancient invertebrate and plant fossils from Northwest Georgia; corals, crinoids and ferns are among some of the popular finds.

The author has a 300 million year old fern fossil recently collected by amateur paleontologist Tom Batcha, another member of the Mid-Georgia Gem and Mineral Society. The specimen came from Durham, Georgia in Walker County. 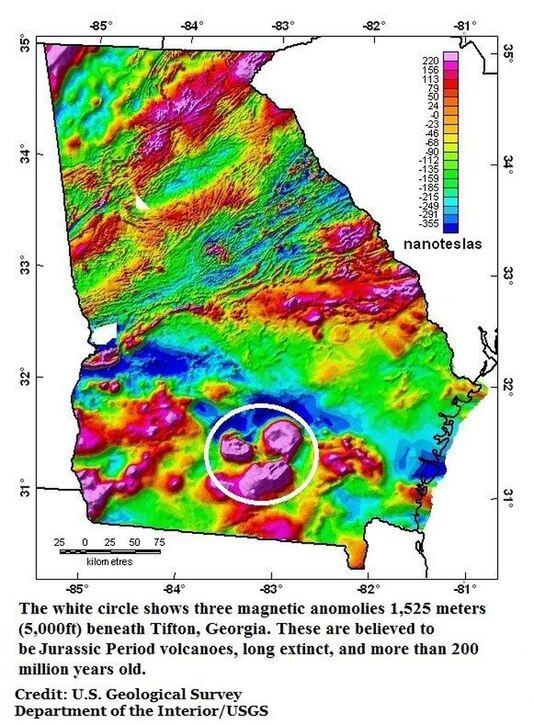 Georgia's Volcanoes
At this point in Georgia’s history volcanoes appeared in our state and though most have long ago eroded away the evidence of their presence can be seen in the varied mineral deposits of places like Graves Mountain in Lincoln County, Georgia. Graves Mountain is a popular mineral collecting site for Georgia’s rock clubs.

It’s very likely that there are other, more recent, Georgia volcanoes buried deep beneath our Coastal Plain.  Dr. Carter spoke at a 2012 meeting of the Mid-Georgia Gem and Mineral Society and mentioned magnetic anomalies on the Coastal Plain in passing during a talk on the Suwannee Current and Gulf Trough.

Tifton, in South Georgia, sits about 65 miles from the nearest coastline and is about 109 meters (360ft) above sea level. The sediments below Tifton reach 1,525 meters (5,000ft) vertically before you encounter bedrock.

Originally described in 1974, anomalies create a magnetic disturbance, such as a large deposit of igneous material might. The theory that these are volcanoes is supported by intrusions of magma, or magmatic dikes, in local sediments.

I asked Scott Harris at Fernbank Science Center in Atlanta about these anomalies. His reply was simple: “It's well-established that there are voluminous flood basalts of the earliest Jurassic beneath the Coastal Plain sediments.”

Flood Basalts are large areas covered with basalt lava. Scott Harris pointed out that Dr. Tim Chowns at the University of West Georgia had researched these anomalies in detail. 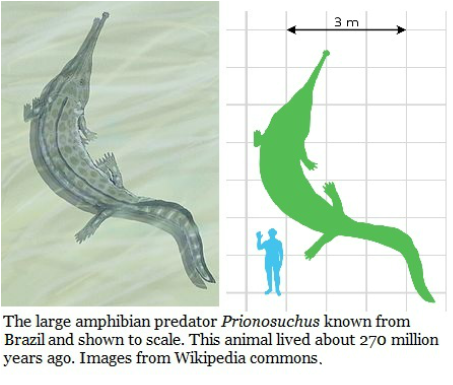 The Global Perspective
During the Devonian Period (416 to 359 million years ago) the vertebrates took to land; four limbed terrestrial vertebrates, the tetrapods, emerge into the fossil record. Tetrapods include birds, reptiles, amphibians and our own mammal class.

The earliest tetrapods were the amphibians.

Amphibians overcame the problems of walking on land and breathing atmosphere; they were (and are) still tied to the water, their soft shelled eggs require water or at least heavy moisture and their skin must also be kept moist.

Some members of the amphibian class became large predators; specifically the order Temnospondyli saw amphibians reaching up to 9 meters (29.5 feet) in length; this was the alligator-like Prionosuchus which lived in Brazil about 270 million years ago. I say alligator-like as Prionosuchus is more closely related to modern salamanders than alligators.

Reptiles emerged from the amphibians. Their eggs were (and are) sealed, making them capable of surviving without water. Their thicker scaled skin seals their bodies and allows them to retain moister.

The reptiles gave rise to the dinosaurs which were a wonderful evolutionary success enduring for more than 150 million years and diversifying wildly.

Reptiles also gave rise to the synapsids at about 300 million years ago, which, in time, produced mammals and eventually; human line of primates.

At about 260 million years ago the cynodonts emerged, our family tree though there are many more branches to go before monotremes, marsupials, placental mammals, primates and eventually mammals come along. 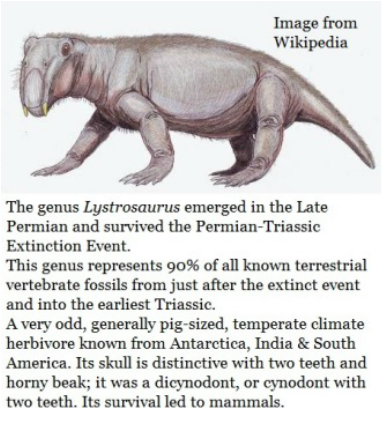 About 251 million years ago 96% of all marine species and 70% of all terrestrial species globally disappeared from the fossil record forever.

Furthermore; this is the only known extinction event in Earth’s history which dramatically impacted the insects. Even plants, which are usually resistant to extinction events, were impacted. There are no reliable numbers about the loss of plant species and a great deal isn’t known about how many species existed before and after, but it is evident that there was a mass rearrangement of plant distributions and abundances.

What triggered the Permian-Triassic Extinction Event is also unknown and very little is known about what actually happened, however the event occurred in a series of phases which still defy explanation.

Recovery to the previous levels of biodiversity took upwards of ten millions years.